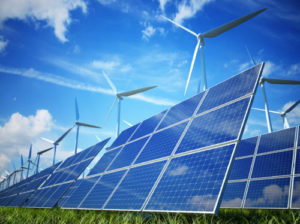 With plans to add 6.7 gigawatts of clean generating capacity over the next three years, Italian utility ENEL SpA is betting on “emerging markets [that] are skipping a beat and going straight to renewables rather than being bogged down by old fossil fuel models,” says the Institute for Energy Economics and Financial Analysis (IEEFA).

And with that renewable energy capacity commitment, a company few North Americans have heard of is positioning itself as the sector’s “largest single investor globally at the moment” IEEFA reports.

ENEL’s bet is based on big-picture trends: While advanced economies creep forward at less than 2% annual growth, CEO Francesco Starace notes, emerging markets are expanding at as much as 3.5%. That is driving more than half the investment in renewable energy around the world, IEEFA noted in a previous report.

“As growth in developing economies outpaces more industrialized nations,” its latest note observes, ENEL has invested heavily in Latin America, where photovoltaic capacity alone was expected to grow by more than 50% this year. The company has 807 MW of solar, 442 megawatts of wind, and 102 MW of hydro in development, adding to 546 existing megawatts of renewable capacity.

Enel’s 160-MW Finis Terrae PV plant in Chile, completed this year, is the largest solar facility in Latin America. It will soon be eclipsed, however, when the US$300-million, 292-MW solar power plant the company is now building in Brazil comes online. ENEL also has almost a gigawatt of projects in development in Mexico.