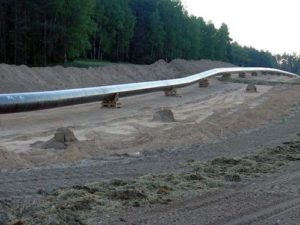 Natural Resources Minister Jim Carr named three new temporary members to the National Energy Board to review TransCanada Corporation’s proposed Energy East pipeline. They replace a panel that recused itself in September after admitting to ex parte meetings with a pipeline lobbyist.

The naming of a replacement panel had been held up by a shortage of NEB members sufficiently bilingual to conduct hearings in Quebec and New Brunswick, where the 4,500-kilometre pipeline would pass on its way from Alberta to Saint John. Ontario accountant and consultant Carole Malo, former New Brunswick top bureaucrat Don Ferguson, and Quebec environmental law specialist Marc Paquin all meet the language test, CBC News reports.

Because NEB Chair Peter Watson was obliged to recuse himself from the Energy East process for the same offence, the new panel will report to David Hamilton, who was appointed to the board by Stephen Harper. According to an agency release, it continues to work toward a deadline of March 2018 to deliver its decision on the proposal.

“We will await further instructions from the NEB on what the next steps will be,” TransCanada spokesperson Tim Duboyce told CBC News in an email. “And we look forward to engaging with Canadians on the Energy East project during the regulatory process.”

Last month, Carr named a five-member panel to review the NEB in its entirety and make suggestions for reform. Environmental groups questioned the sense of restarting the Energy East application under the existing suspect process. “There is no credible way that this review can restart under the Harper-era rules,” said Keith Stewart, head of Greenpeace Canada’s climate and energy campaign.

“Since it has to go back to square one, let’s do it right and use the modernized environmental review process promised by Trudeau during the election campaign.