Canada’s Emissions Are Not ‘Too Small to Matter’, Fossil Analyst Acknowledges 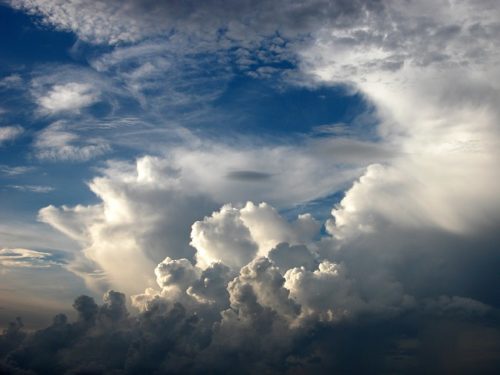 With two provinces holding out on Canada’s national political consensus to establish a floor price for carbon, and candidates to lead the Official Opposition campaigning against a carbon price, “there is little doubt a common refrain of detractors will be trotted out,” writes fossil energy analyst Maurice Smith: “With approximately 1.6% of global emissions, why the effort to reduce them?”

But Smith, technology editor at JWNEnergy, a trade publication focused largely on fossil fuels, devotes a page to debunking the popular fallacy. “The argument sounds reasonable enough on the face of it,” he concedes. “But on closer inspection, the notion quickly turns to nonsense—on various levels.”

First, “no matter how small 1.6% may sound, we are carbon-emitting gluttons,” Smith reminds his readers. Canada has just 0.5% of the world’s population, “so based on our population we are three times over where we ought to be on a per capita basis—the most democratic way to measure emissions.”

The average human is responsible for 6.2 tonnes of greenhouse gas emission, Smith writes. “Canada, even with our wealth of hydro and renewable energy potential, stands at 20.6 tonnes per person, second only to Australia and worse than the U.S. Alberta and Saskatchewan are true standouts, at 68 and 67 tonnes per capita respectively, more than 10 times the global average. Even in absolute terms, we are a top-10 emitter.

The “too small to matter” pitch is even more meaningless, he argues, “because any other country can say the same thing. Even the worst offender, China, could say it ‘only’ produces less than 30% of worldwide emissions, and if it somehow cut its emissions to zero the remaining 70% would still put the planet on a collision course with climate disaster.”

More usefully, Smith suggests Canadians could “liken our small contribution to worldwide carbon pollution to the taxes we all pay. Your contribution to the billions Ottawa collects every year is miniscule in percentage terms. But that doesn’t make it irrelevant. Small numbers add up to big ones. And when even small contributors fail to carry their own weight, the entire system falls apart.”