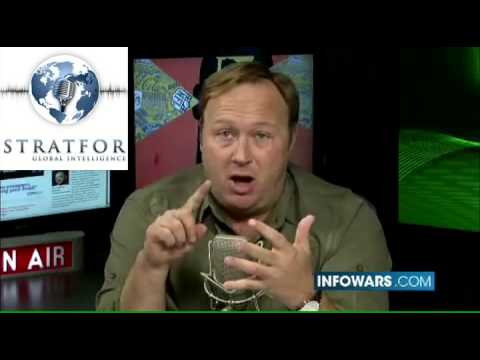 With “fake news” hitting the headlines in the wake of the U.S. election result and the near-tragedy of the “pizzagate” hoax at a Washington, DC family restaurant, one recent analysis connects mega-conspiracy theorist and Donald Trump supporter Alex Jones to some of the most fervent paranoia about climate science.

“While it’s easy to dismiss the conspiracy culture pushed by Jones as pseudoscientific rubbish, it is not so easy to dismiss the size of the audience he has been building. Jones’ website gets 57 million page views per month—double where it was six months ago,” The Guardian reports. Jones has 1.8 million YouTube subscribers, and recently recorded his billionth video view.

And “Jones’ Infowars site is part of an ecosystem of hyper-partisan media outlets that insist climate change is a hoax. Like Jones, that ecosystem is rapidly building a receptive online audience,” reaching hundreds of millions of people with climate denial messaging.

One of those sites is Breitbart News, an “alt-right” (read: white nationalist or white supremacist) site whose executive chair, Steve Bannon, led the Trump campaign and has since signed on as the president-elect’s chief strategist.

“The problem is not that these sites exist, but that not enough people seem to know the difference between actual news, fake news, partisan opinion, and conspiratorial bullshit. One of those people is the president-elect of the United States,” writes The Guardian’s Graham Readfearn. “There is a concerted attempt to cut sensible climate policy off at the knees by building a popular online movement against the science itself.”

The solution? “A crash course in critical thinking and recognizing climate science denial, brought to you by the Illuminati, might be the order of the day,” Readfearn deadpans.