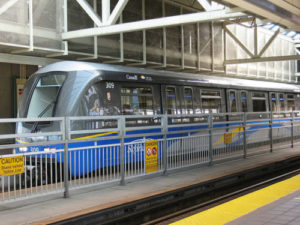 “What we call a climate lens and green lens will affect decisions with respect to how projects are selected,” Wilkinson said. The focus for infrastructure investment “is going to be much more on matters that are consistent with the climate agenda,” he added, and “there definitely is a strong preference for public transit over building of new highways, there is no question about that.”

Writing for Ricochet, transportation planner and communications consultant Eric Doherty notes that “this change does not come out of the blue. The NDP and Greens helped pass Liberal MP Andy Fillmore’s [L-Halifax] motion to the same effect in September. M-45 calls for analysis of the greenhouse gas impact of every infrastructure funding proposal over half a million dollars, and for giving funding priority to projects that reduce climate pollution.”

The federal Liberal Party’s 2015 infrastructure plan was “strangely silent” on carbon pollution, Doherty notes. But “if Trudeau’s Liberals follow through on this new commitment in a serious way, it will mean billions more for public transit and billions less for urban roadway expansion every year. Freeway-loving premiers, such as Christy Clark of British Columbia, will be sorely disappointed. But most mayors of cities with public transit will likely applaud the move.”

A Canadian climate test would be “a big deal,” he adds. “But if the idea was adopted and applied rigorously in India, China, and other countries, the effect would be enormous. Without the tens of billions of public dollars poured into freeways every year, the already shaky business case for oil sands expansion and new pipelines would collapse.”