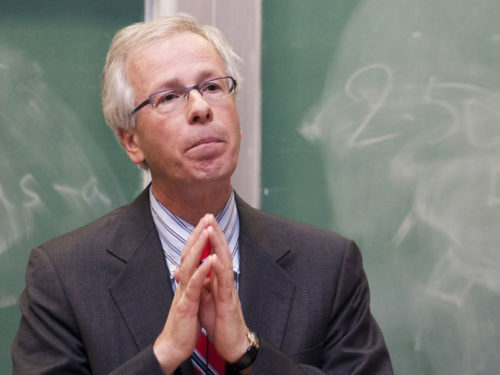 “We will try to convince the Trump administration to go ahead in the fight against climate change and avoid greenhouse gas emissions,” he said. “We have a lot of clean energy to sell” to the U.S., “and we’ll make it very clear that it’s the way to go.”

Speaking days after Trump nominated climate denier Scott Pruitt as administrator of the U.S. Environmental Protection Agency, Dion described the EPA as “an admirable institution” and “made it clear that Canada will try to make a business case for the environment to engage the billionaire, deal-making businessman who will soon occupy the White House,” CP reports.

“A point we will make is how much the environment and the economy are going together now,” Dion said. “We have to think about jobs when we fight climate change. It’s a point we’ll make with the new U.S. administration. It’s a way to engage them.”

At a dinner with Canadian First Ministers in Ottawa Thursday evening, U.S. Vice President Joe Biden said global progress on climate change is unstoppable, but only if world leaders like Prime Minister Justin Trudeau and German Chancellor Angela Merkel catch the torch now about to be thrown by the outgoing Obama administration.