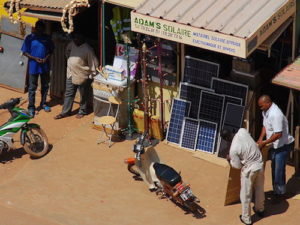 “It is encouraging and inspiring to see how south-south cooperation is gaining traction,” said Dr. David Nabarro, UN Secretary-General Ban Ki-moon’s special advisor on sustainable development and climate change. He added that the Southern Climate Partnership Incubator (SCPI), initiated by Ban during the signing ceremony for the Paris Agreement last April, “is leveraging the UN system to match the needs of developing countries with counterparts willing and able to meet them. Through the SCPI, we can help each one to learn from the other.”

COP 22 President and Moroccan Foreign Affairs Minister Salaheddine Mezouar said there was no tension between south-south cooperation and interactions between developing countries and the industrialized north.

“As we are in a changing world, the balances of this new world also depend on the strengthening of south-south partnerships and south-south cooperation,” he said. That activity “will help move much faster and will also help developing countries find other levers to meet the challenges they face.”