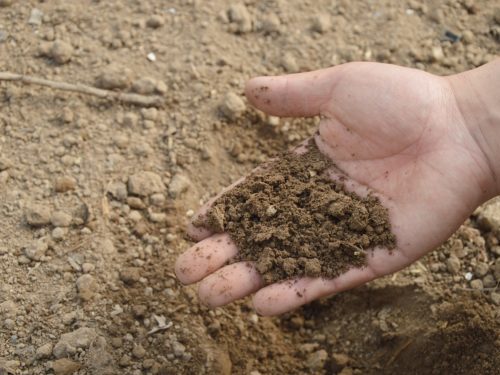 Global warming may be turning the world’s soil into a carbon source rather than a sink, a development that could outweigh humanity’s best efforts to get climate change under control, according to a major synthesis of 49 empirical studies published last week in the journal Nature.

“Our analysis provides empirical support for the long-held concern that rising temperatures stimulate the loss of soil C [carbon] to the atmosphere, driving a positive land C–climate feedback that could accelerate planetary warming over the twenty-first century,” the paper states. “By taking this global perspective, we’re able to see that there is a feedback, and it’s actually going to be massive,” said research lead Thomas Crowther of the Netherlands Institute of Ecology.

Until now, the planet’s soils have been “a massive repository of carbon due to the plants and roots that have grown and died in them, in many cases over vast time periods,” the Washington Post explains. “It has long been feared that as warming increases, the microorganisms living in these soils would respond by very naturally upping their rate of respiration, a process that in turn releases carbon dioxide or methane, leading greenhouse gases.”

The 49 studies covered by the review “produced variable results, including some cases in which soils actually pulled carbon from the air rather than releasing it,” the Post notes. “However, the researchers insist there was a pattern globally that was ‘predictable’: Soil carbon losses generally tended to track how much warming a region had seen, and how thick the upper soil layer was.”

That meant the biggest losses were in the Arctic, “where soils are warming rapidly and also where they are quite thick—but also that well down through the mid-latitudes, soils were also losing carbon. And the net result for the research plots as a whole was a loss of soil carbon.”

“It’s of the same order of magnitude as having an extra U.S. on the planet,” Crowther told the Post.

“There is, of course, one potential offset to this,” writes Post climate specialist Chris Mooney. “Even as the Earth’s surface is losing carbon from soils, it also appears to be putting at least some back again due to an increased growth in vegetation, which is being fertilized by more carbon dioxide in the atmosphere, in turn enhancing plant photosynthesis. However, Crowther does not believe this will suffice to offset soil carbon losses.”

Another recent study shows that the boreal forest that covers large expenses of Canada, Russia, Alaska, and some Nordic countries sequesters more carbon than previously believed—and 95% of it is held in the forest soil. “The forests of the boreal zone are particularly important to making climate commitments because there is a huge amount of carbon in permafrost soils of these forests,” Berkeley Lab permafrost specialist Charlie Koven told Greenpeace Energydesk.

In addition to climate change, Greenpeace points to logging, insect infestations, and forest fires as factors that threaten the boreal.