‘Gulliver’s Travels’ Approach Could Use Trade to Protect Paris Commitments 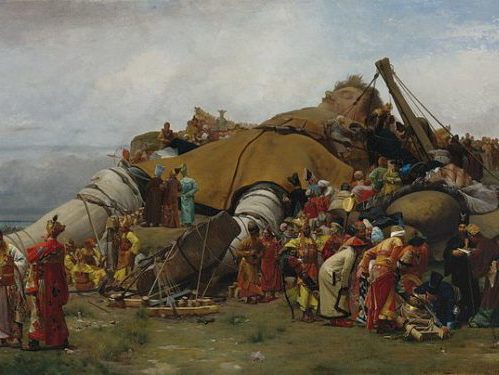 International trade policy may be the “unlikely source” of a Gulliver’s Travels-style solution if countries that introduce tougher carbon policies consistent with the Paris Agreement find themselves at a competitive disadvantage against more laggardly jurisdictions, trade law specialist Maria Panezi argues in a post for Corporate Knights.

“Just as the inhabitants of Lilliput in Gulliver’s Travels used many smaller ropes to tie down Gulliver, small and medium-size countries can stand up to large ones who refuse to honour their climate commitments,” Panezi writes.

The point of border carbon adjustments (BCA) “is to create a clean domestic market while addressing leakage, the flight of domestic producers to other jurisdictions, and the consumer inclination to buy cheaper, carbon-intensive products,” she explains. That issue has gained urgency because of the political shift now under way in the United States.

“A price on carbon becomes even more difficult to implement when other countries do not take their climate commitments as seriously or, as [U.S. President-elect Donald] Trump has done, threaten to back out of the Paris Agreement and focus his efforts on the coal industry,” Panezi writes. But “if several countries start imposing border carbon adjustments, this may also prevent other countries that are threatening to back out of their Paris commitments from doing so.”

In the immediate aftermath of the U.S. vote, former French president Nicolas Sarkozy proposed a border carbon tariff in the event that Trump pulled his country out of the Paris Agreement.