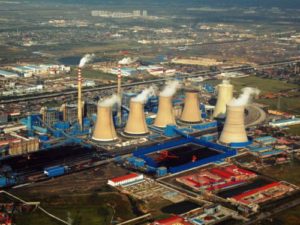 Nations in Africa and Southeast Asia took turns away from nuclear power generation in recent decisions, while one in Europe opted to stay the nuclear course for the foreseeable future, according to media reports.

South African President Jacob Zuma appeared to have lost a struggle with his nation’s treasury department when his cash-strapped government announced it would not proceed with construction of a nuclear facility Zuma had pressed to complete by 2023. Instead, the Financial Times reports, “South Africa will postpone building nuclear power stations until the 2030s, providing a boost to a treasury that is struggling to avoid the country’s credit rating being downgraded to junk status.” Additional nuclear power will not now come online in South Africa until 2037, the government says.

“Eskom, the powerful state monopoly that supplies nearly all of South Africa’s electricity, has said that it favours nuclear energy because it is more reliable than renewable sources,” the Times states. But treasury officials had balked at the utility’s demand that the government guarantee the estimated US$100 billion cost of building the Russian-designed facility.

The decision leaves Eskom, which currently operates Africa’s only two nuclear reactors at its Koeberg generating station, to decide how instead to replace the output from a fleet of ageing coal power stations that supply 80% of the nation’s electricity, and are scheduled to begin closing by the 2030s.

Meanwhile, RenewEconomy reports, “Vietnam has become the latest country to dump its nuclear power plans—and rule nuclear out of its energy mix for the foreseeable future—after the country’s National Assembly voted to abandon plans to build two new plants in partnership with Russia and Japan.”

A Vietnamese government statement explained that the price of the proposed plants had doubled to nearly US$18 billion. At the same time, annual growth in Vietnam’s power demand has fallen from a projected 17 to 20% percent to between 7% and 8%. The abandoned plants would have added 4,000 MW to the country’s generating capacity.

But in Switzerland, voters opted in a referendum to go the opposite way and keep the landlocked nation’s nuclear fleet operating. According to the Washington Post, a proposal “promoted by the Green party would have meant closing three of Switzerland’s five nuclear plants next year. Polls ahead of the referendum had shown a tight race, but voters shot down the initiative by 54.2% to 45.8%.”

Under Switzerland’s direct democracy system, the Post notes, “proposals need support from both a majority of the country’s cantons and of the national vote to pass. Only six of Switzerland’s 26 [cantons] backed the nuclear shutdown plan.”

The initiative “would have limited the lifespan of nuclear plants to 45 years,” and forced Switzerland’s Beznau 1 and 2 and Muehleberg reactors to close. Switzerland’s newest plant, at Leibstadt, opened in 1984 and would have had to close by 2029. Instead, the defeat of the Greens’ proposal leaves the lifespans of all five undefined.