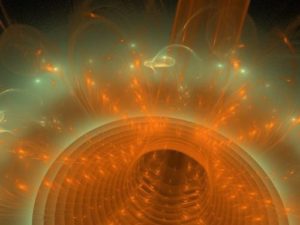 More than 60 sustainability scientists from across Canada are urging the federal government to establish a new task force to help it manage the urgent transition to a post-carbon economy and achieve national commitments consistent with stabilizing the global climate at less than 2.0ºC average global warming.

The call for a “high-level task force” or “innovative non-partisan advisory board” is included in a report card on Canada’s climate policy prepared by Sustainable Canada Dialogues (SCD), an academic network spanning all the provinces.

Canada gets points for committing to invest $120 billion in infrastructure over 10 years, with a clear focus on reducing greenhouse gas emissions, and for the government’s plan to institute a national floor price on carbon. Though two of the report’s authors, University of Lethbridge climate scientist James Byrne and McGill’s Catherine Potvin, say the price of $10 per tonne in 2018, rising to $50 by 2022, is “a modest start, given the Canadian government has stated a central value for the social cost of carbon is about $41/tonne, and could be as high as $167.”

But the Trudeau government loses marks for its approval of the Pacific Northwest liquefied natural gas (LNG) project near Prince Rupert, B.C. “Our impact assessment indicates that this project would be one of the largest point sources of emissions in Canada and increase B.C.’s emissions by 8.5%,” the scientists write.

“Continued development of projects with high greenhouse gas emissions,” they warn, “will prevent Canada from meeting its emissions reduction target for 2030, and is incompatible with Canada’s stated goal to help limit global temperature increases to 1.5oC.” Indeed, they say, “research estimates that to maintain global temperature increase below 2oC, half of existing gas reserves and one third of existing oil ones must remain unused.”

To square that objective with social, economic, and regional interests, the researchers “urgently call for the establishment of a high-level task force to begin discussions with a broad range of stakeholders from the oil and gas industry, unions, Indigenous peoples, environmental NGOs, the clean technology sector, and academia, on how to transition away from fossil fuels in Canada.”