EU ‘Off Track’ from Meeting Its 2030 Climate Targets, Report Concludes 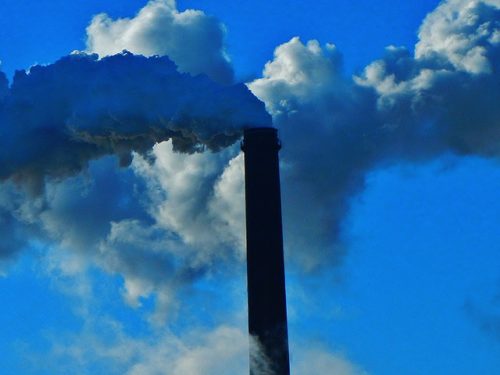 A flurry of recent news stories points to the twists and turns on the road to a coherent low-carbon strategy in the European Union, with one report last week calling for a “significant revision” in national policies if the continent is to reach its goal of cutting greenhouse gas emissions 40% by 2030.

The report emerges just days ahead of a major EU data and policy release, as business leaders demand an increase in the continent’s energy efficiency targets.

The EU is significantly “off track” from that goal, the Paris-based Institute for Sustainable Development and International Relations (ISDIR) warned, in a report that called for “a massive new drive to get more diesel cars off the road and close more coal-fired power stations,” Climate News Network reports.

While the EU has done a good job of shifting electricity production to renewable energy, “in other sectors such as transport and industry the transition towards deep decarbonization has barely started in any member state whatsoever,” the report stated. “The specific combination of technological challenges, financial risks, low profitability in the current context, and competitive concerns calls for a suite of policies that must go beyond carbon pricing and [research and development] funding.”

IDDRI “claims to have drilled down into data from all 28 member states and looked in far more detail at individual parts of the economy,” Climate News reports. “It concludes that the EU has made significant progress in cutting the carbon intensity from its power sector by 21% from the year 2000 to 2014. There have also been annual reductions of a similar nature in the intensity of home energy consumption, and a 9% cut in EU passenger fuel consumption.”

But “the report points out that the latter figure represents 0.7% per year. This is almost a third of the 2% per annum reduction needed to meet its 2050 targets,” writes correspondent Terry McAlister. To begin reversing the problem in 2017, “the EU should adopt very ambitious regulations to drive the decarbonization of transport, and in particular the rollout of alternative fuel vehicles, in which it is currently lagging behind,” the report stated.

In related news, Reuters reports that the European Commission is considering halving its reliance on crop-based biofuels, from 7% of its renewable energy target in 2021 to 3.8% in 2030, “over concerns they increase rather than reduce carbon emissions.” The EC is looking at boosting its use of second-generation biofuels produced from forest or farm waste.

“A progressive reduction of food-based biofuels and their replacement by more advanced biofuels will realize the potential for decarbonizing the transport sector,” according to a draft document obtained by Reuters. While the European renewable ethanol association warned the new policy would drive biofuel investment to other jurisdictions, Brussels-based Transport and Environment said the draft didn’t go far enough.

“Biodiesel from virgin vegetable oil leads to around 80% higher emissions than the fossil diesel it replaces,” the organization stated. “Biodiesel should be phased out well before 2030 given its devastating impacts on the world’s climate and tropical forests.”

Meanwhile, the conservation group Birdlife charged that loggers are indiscriminately harvesting protected forests to meet the EU’s renewable energy target, 65% of which is drawn from bioenergy, rather than harvesting forest waste. And earlier this month, as fallout from the Volkswagen emissions scandal continued to accumulate, CleanTechnica reported on a leaked regulatory proposal that would make it legal for cars and light commercial vehicles to emit up to 50% more particulate matter than current rules permit.