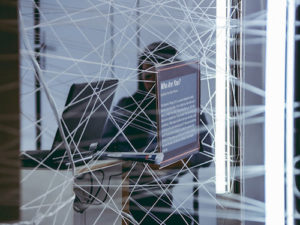 A decade after IT companies like Cisco and Intel began investing in Internet of Things (IoT) technology, the first and best use for that technology is emerging—and unexpectedly, that “killer app” is to reverse climate change, the U.S. Environmental Defense Fund (EDF) is suggesting.

“As much as the steam engine reconfigured Western economies at the start of the industrial revolution, IoT may shift how our energy system works as the world focuses on its climate crisis,” EDF Executive Director Diane Regas writes in a recent post on The Energy Collective.

“We generate CO2 when we burn fuels like coal, petroleum, or natural gas,” she notes. “We thus need both to become radically more energy-efficient, and to drive carbon out of the electricity generating system, even as we use electricity in more ways (like powering vehicles).”

That electricity must be produced from low-carbon sources like wind and solar, but “up until recently this equation really didn’t add up—in part because wind and solar could only be relied upon some of the time,” Regas writes. But the Internet of Things, with connected sensors embedded in an array of energy-consuming devices, changes all of that.

“IoT enables the creation of a smart electric system in which there can be flexibility in both supply and demand,” she explains. “It makes possible, for the first time, a responsive energy network in which both production and usage can be quantified in real time, and correlated. Power will no longer need to be produced only when it is consumed, because we will have new ways of predicting demand, adjusting usage, and storing energy.”

That means periods of peak electricity demand can be accommodated by managing demand, not just by bringing on expensive and, often, climate-busting new supply sources. And the rapid emergence of affordable, local and grid-scale battery storage makes the picture brighter still.

“Conservation is not the only way users can help the energy grid adapt to periods of high demand,” Regas notes. “The giant batteries in electric vehicles can serve as a source of supply to the smart, connected grid when they are parked and plugged in. If the grid needs to find an extra megawatt of power to satisfy demand, it doesn’t matter to it whether that electricity comes from a power plant or from somewhere else, be it an idle battery or conservation elsewhere.”

All of which drastically increases the potential to rely on distributed electricity sources like solar and wind to meet the demand. Not too long ago, grid planners questioned whether the electricity system could accommodate more than 10% distributed electricity without jeopardizing grid stability. “But as the potential of the IoT has become clearer, it now appears that as much as 80% of the world’s total energy production could eventually come from renewables.”