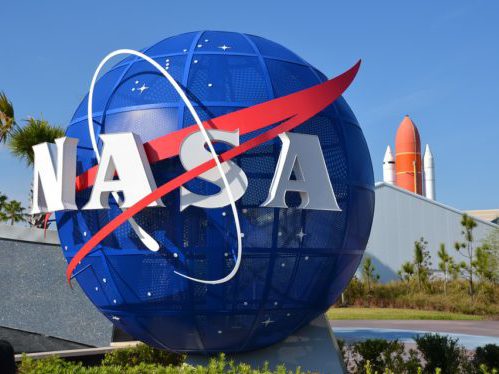 Even as U.S. President-elect Donald Trump acknowledged “some connectivity” between human activity and climate change, his transition team was preparing to rip away funding from the NASA division responsible for the agency’s world-leading research on temperature, ice, clouds, and other climate phenomena.

“Nasa’s earth science division is set to be stripped of funding in favor of exploration of deep space, with the president-elect having set a goal during the campaign to explore the entire solar system by the end of the century,” The Guardian reports. The cut is part of what his advisors see as a crackdown on “politicized science” and “politically correct environmental monitoring”.

“Earth-centric science is better placed at other agencies where it is their prime mission,” said senior Trump advisor Bob Walker. “My guess is that it would be difficult to stop all ongoing NASA programs, but future programs should definitely be placed with other agencies. I believe climate research is necessary but it has been heavily politicized, which has undermined a lot of the work that researchers have been doing. Mr. Trump’s decisions will be based upon solid science, not politicized science.”

Walker claimed his boss’s well-known climate denial “is a view shared by half the climatologists in the world. [Editor’s note: 98% of climate scientists would disagree.] We need good science to tell us what the reality is and science could do that if politicians didn’t interfere with it.”

U.S. federal scientists, meanwhile, “have been unnerved by Trump’s dismissal of climate science and are concerned that their work will be sidelined as part of a new pro-fossil fuels and deregulation agenda,” The Guardian notes. “Climate scientists at other organizations expressed dismay at the potential gutting of earth-based research.”

Kevin Trenberth, senior scientist at the National Center for Atmospheric Research, called Trump’s proposed NASA cuts “a major setback if not devastating” that “could put us back into the ‘dark ages’ of almost the pre-satellite era. It would be extremely short-sighted.” Penn State climate scientist Michael Mann pointed to NASA’s “critical and unique role” in climate science, adding that “without the support of NASA, not only the U.S. but the entire world would be taking a hard hit when it comes to understanding the behaviour of our climate and the threats posed by human-caused climate change.”

Mann added that the cuts “would be a blatantly political move, and would indicate the president-elect’s willingness to pander to the very same lobbyists and corporate interest groups he derided throughout the campaign.”

She adds that NASA “is uniquely positioned to combine lower Earth orbit measurements (like aircraft) and upper earth measurements (like satellites) to advance our understanding of the Earth processes,” enjoys the cost-efficiencies of a large program, and provides funding for universities involved in earth science research.

On the campaign trail, Trump repeatedly described climate change as a hoax dreamed up by China to undermine the U.S. economy (repeatedly, except when he claimed he’d never said it). In a much-reported meeting Tuesday with New York Times reporters, he walked back those views, claiming he would keep an “open mind” on climate and stating that “I think there is some connectivity. Some, something. It depends on how much.”

“You don’t get a pat on the back for ratcheting down from rabid after exploiting that very radicalism to your advantage,” Blow writes, in a blistering column directed at the president-elect in the second person. “Unrepentant opportunism belies a staggering lack of character and caring that can’t simply be vanquished from memory. You did real harm to this country and many of its citizens, and I will never—never—forget that.”

He adds: “I will say proudly and happily that I was not present at this meeting. The very idea of sitting across the table from a demagogue who preyed on racial, ethnic, and religious hostilities and treating him with decorum and social grace fills me with disgust, to the point of overflowing. Let me tell you here where I stand on your ‘I hope we can all get along’ plea: Never.”