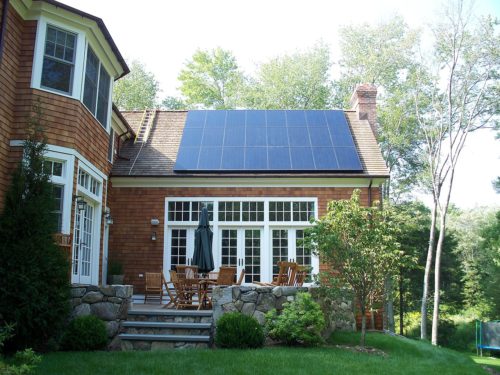 Ice storage could be available to solar homeowners in the United States as early as next summer as an option for storing daytime electricity and releasing it at night, at less than half the cost of a battery handling the same number of kilowatt-hours, Renewable Energy World reports.

“The beauty of the Ice Cub is that if you use it to store solar every day, its capacity doesn’t degrade the way a battery will degrade,” said Ice Energy CEO Mike Hopkins. He estimated the unit “will last 20 years—twice as long as a battery.”

Hopkins sees a market for the Ice Cub in U.S. sunbelt states where large numbers of rooftop solar panels have been installed, but the utility attack on net metering is undermining their economics. In states like Florida, Texas, New Mexico, Arizona, Nevada, and parts of California, “central air conditioning can account for most of a home’s electricity use,” REWorld notes. “The Ice Cub would enable a solar homeowner to greatly reduce electricity cost by mopping up surplus solar spilled in the middle of the day to run air conditioning when they return home. This surplus electricity would freeze water to ice, which can cool the refrigerant normally used to run central air conditioning for up to four hours.”

Consumers will be able to schedule and control the system from their smart phones.

The storage unit is the company’s first designed for homeowners with rooftop solar and central air conditioning. Until now, its focus has been on grid-scale storage. Ice Energy “was almost the only non-battery winner in Southern California Edison’s 2014 tender for energy storage, and first partnered in a solar demo with SunPower in 2010,” explains correspondent Susan Kraemer.