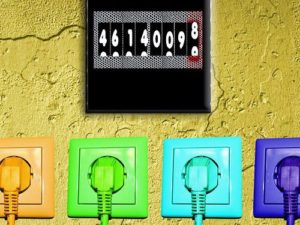 Energy efficiency is poised to reshape European electricity markets forever, displacing fossil fuels as the primary driver of market prices, according to a recent analysis by Citigroup.

“Energy efficiency has long been held by its enthusiasts as the most obvious lever to reduce emissions and save costs,” RenewEconomy notes. “A megawatt-hour of electricity not used is the cheapest form of abatement, they say, and [they] have even coined a term—the ‘negawatt’—to market the idea.”

In many jurisdictions, “try as they might— and despite the almost immediate returns on investment from energy efficiency—the idea never really captured the attention of the public or politicians.” But in the European Union, “Citigroup says the combination of EU-wide energy efficiency targets, its renewable energy policies, and the emergence of ultra-efficient appliances and zero-carbon homes will have a big impact on power markets.”

“Say goodbye to power prices fully driven by fuel prices,” and “say goodbye to peak demand, too,” the bank analysts write. “Renewable output is set to continue growing as demand falls.” That trend, in turn, “will squeeze the market share of conventional power companies, making thermal power, which is today the price setter, a marginal contributor to power price formation.”

Energy efficiency has already reduced European grid demand by 109 terawatt-hours (TWh), or 3.8%, between 2010 and 2015, and “in our view this is only the beginning,” the analysts state. By 2020, a combination of LED lighting, efficient houses and appliances, and other technologies could cut the continent’s power demand by another 9.2%.

Over time, they say, power prices will be influenced more and more by weather patterns and the availability of renewable electricity sources like solar, wind, and hydro. And despite the closure of coal and nuclear plants, they see natural gas demand in Europe falling 24% between 2015 and 2020. “This suggests that Europe is not an unlimited sink for excess global LNG.”