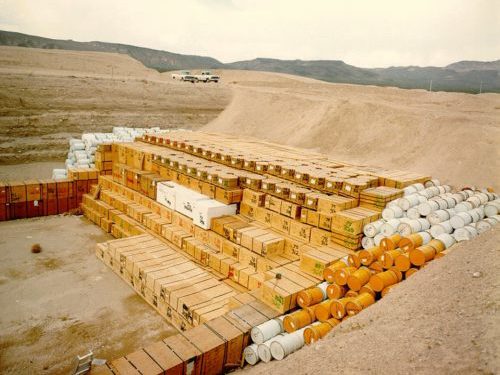 A long-standing problem for one of America’s legacy sources of low-carbon energy—nuclear power—may be closer to a solution under the incoming Trump administration, Politico’s energy blog suggests.

“Donald Trump’s presidential victory,” the outlet says, “combined with the retirement of Senate Minority Leader Harry Reid, should revive the long-stalled Yucca Mountain nuclear waste repository project that has burned through US$15 billion over three decades,” without yet storing any of the radioactive waste fuel accumulating at nearly 100 commercial power reactors in the United States.

The absence of a long-term repository for that waste—some components of which remain dangerous for hundreds of thousands of year—and the vulnerability to theft of the scores of stockpiles maintained at individual reactor sites, have been among opponents’ arguments against the wider development of nuclear power.

Nuclear generation supplies roughly one-fifth of all the United States’ electricity, and nearly two-thirds of its low-carbon power, according to the industry-backed Nuclear Energy Institute.

“I’m excited to work with the Trump Administration and my colleagues on both sides of the aisle to quickly restore funding to continue the licencing process, as well as pass comprehensive nuclear waste management legislation for [the incoming president’s] signature,” Rep. John Shimkus (R-IL), a pro-nuclear legislator campaigning for the chair of the House Energy and Commerce Committee, told Politico.

“President-elect Trump hasn’t yet taken a position on Yucca,” Politico notes, “but he said last month during a visit to Nevada that he was ‘going to take a look at it.’ And that’s music to the ears of the project’s supporters, who have grown weary of opposition espoused by Hillary Clinton and Reid, who repeatedly pressured [Congress] to squeeze Yucca funding out of spending bills.”