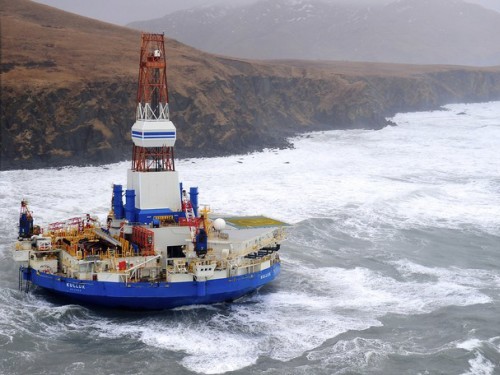 The United States Interior Department has issued what amounts to a five-year moratorium on offshore oil and gas drilling in the Arctic, with a 2017-2022 plan that calls for no new leases to be issued outside Cook Inlet, off south-central Alaska, and the Gulf of Mexico.

“President-elect Donald Trump could overturn the ban, but that could take years and may not draw much industry interest if oil prices stay low,” InsideClimate News reports. An earlier draft of the plan, released in March, allowed for drilling activities in the Beaufort and Chukchi Seas.

The final version of the plan “focuses lease sales in the best places—those with the highest resource potential, lowest conflict, and established infrastructure—and removes regions that are simply not right to lease,” said Interior Secretary Sally Jewell. “Given the unique and challenging Arctic environment and industry’s declining interest in the area, foregoing lease sales in the Arctic is the right path forward.”

Sen. Dan Sullivan (R-AK) said the leasing plan would “unilaterally harm Alaska’s economy and kill thousands of good jobs,” and accused President Barack Obama of delaying and disrupting energy development in a country that has seen record fossil development on his watch. But ICN chronicles the debacle that ensued the last time Royal Dutch Shell tried to drill in the U.S. Arctic.

“Shell pulled out in 2015 not because of some regulatory problem, but simply because the economics of this drilling are not viable under current oil price conditions,” Houston-based analyst Pavel Molchanov of Raymond James & Associates told ICN’s Phil McKenna. “At current price levels near US$50 [a barrel], this type of very high-risk drilling is not something the industry is interested in.”

After the inauguration in January, Donald Trump and his Cabinet “could reverse the Obama administration’s ban by drafting a new five-year leasing plan,” ICN notes. “Such a restart, however, would take time. The five-year leasing program announced Friday, for example, took two years to develop.” Michael Levine, Pacific senior counsel at Oceana, said Interior has taken a more cautious approach to offshore leasing since the Deepwater Horizon disaster in the Gulf of Mexico in 2010.

“It’s possible that a Department of the Interior led by President Trump would walk back all of that progress, but it wouldn’t be easy nor would it be sound fiscal or environmental policy,” he said. “The statute has relatively few timelines built into it, but I think it would be difficult to create a new five-year leasing program on an extraordinarily expedited schedule.”