Global Climate Finance: Is Canada a Genius at Leveraging Private Dollars, or Just a Laggard? 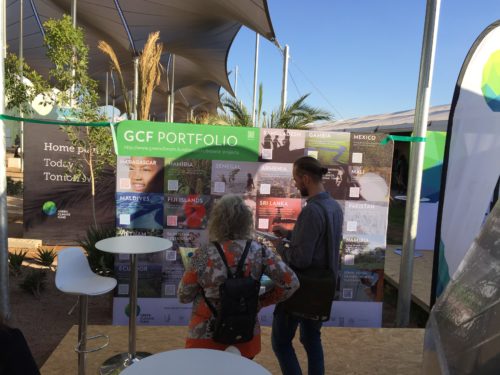 Sam Harrison is a member of the Canadian Youth Delegation at COP 22, the United Nations climate change conference, in Marrakech. He’s a third-year undergrad in engineering science at the University of Toronto, specializing in energy systems.

An equitable distribution of the costs of climate change is a discussion at every COP. Coming out of Copenhagen in 2009, the world agreed to a figure that represented the global climate finance developed countries should make available to the developing world: $100 billion per year by 2020. Based on Canada’s economic ability and historical emissions, our fair share of this sum is about 4%.

The Harper government acknowledged this global climate finance framework by committing 4% of the $10 billion that developed countries were asked to provide in 2010. (Canada’s contribution was mostly in the form of loans, and there were serious concerns about the “additionality” of an announcement that was largely a matter of recycling past commitments, but that’s another discussion.)

More recently, Foreign Affairs Minister Stéphane Dion acknowledged 4% as Canada’s country’s fair share. But the $2.65-billion global climate finance contribution he announced last year is spread over five years, and peaks at only $800 million in 2020, about one-fifth of the annual total.

Why? Here in Marrakech, government officials have repeatedly claimed the $800 million would be used to leverage an additional $3.2 billion in private sector funding. But that’s a ratio—each public dollar gaining four dollars of private investment—that is pretty much unheard of. The global average for private-public leverage ratios is significantly less than 1:1!

If the Canadian government has found a way to mobilize private investment for climate mitigation and adaption that works an order of magnitude better than the rest of the world’s methods, they need to share what they know, with all due urgency, with the rest of the world!

More likely—if they’re not willing to cough up Canada’s fair share of climate finance, they should just be honest and admit it.