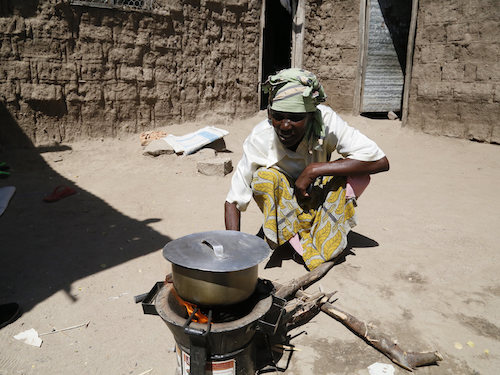 Canada’s contributions to the fight against climate change should recognize that “countries like the Marshall Islands will be underwater at 2.0°C”, and that “developed countries, which largely caused the problem, need to be supporting less developed countries,” Environment and Climate Change Minister Catherine McKenna told an Ottawa gathering in the week before the United Nations climate summit opened in Marrakech.

Leading off a panel hosted by the International Institute for Sustainable Development (IISD), she stressed that “developing countries want to make sure they have a serious partner in developed countries” for both climate change mitigation and adaptation funding. She pointed to a five-year, $2.65-billion commitment to the UN’s Green Climate Fund (GCF) as a measure of Canada’s leadership on climate finance—though that tops out at $800 million per year in 2020, against an annual global requirement of $100 billion beginning that same year.

Climate Action Network-Canada calculates the country’s fair-share obligation to the GCF at $4 billion per year, based on its share of global fossil emissions.

McKenna listed some of Canada’s priorities for negotiations in Marrakech, including the development of a transparent, accountable system to monitor the success of the Paris agreement, recognition of the Indigenous right to prior informed consent on climate action, and development of gender-responsive climate policy—an area where she’s participating in an international leadership group.

French Ambassador Nicolas Chapuis, Robert Hofstede of the International Development Research Centre, Jennifer Allan of IISD, and Katie Sullivan of the International Emissions Trading Association traced the likely focal points for negotiations in Marrakech. They warned that the Paris Agreement puts humanity on a trajectory to increase average global warming by at least 3.0°C by 2100, a reality that makes it urgent for countries to “ratchet up” their carbon reduction commitments now. The Marrakech conference will begin “making the rulebook” for the Paris Agreement—a cornerstone of the implementation process that panelists hoped to see completed by 2020, but for which many countries and Climate Action Network-International are urging a 2018 deadline.

Some of the more challenging implementation questions include:

Chapuis pointed to the significant change in mindset that has occurred since COP 21. The Paris Agreement entered into force faster than any international agreement in history, Saudi Arabia was expected to ratify before COP 22 (it has since done so, along with holdout countries like The Philippines), India is no longer critical of the negotiating process, and both China and the United States have emerged as emission reduction leaders. But to make the agreement truly universal, he said Marrakech must be “a COP of action and a COP for Africa”—which will hinge on showing African countries that developed countries’ commitments to assist them with their Paris plans will be upheld.

With the Paris Agreement now in place, IDRC’s Robert Hofstede said the focus can now shift to efforts to meet human needs related to energy, water, and food, in combination with climate action. Climate change was once seen as an environment sector problem, but is now recognized as a multiplier of both existing threats and future opportunities. He cited inclusiveness, resilience, and transparency as hallmarks of successful mitigation strategies.

IISD’s Jennifer Allan discussed the myriad decisions that will be needed to drive implementation of the Paris deal—from methods of accounting for greenhouse gas reductions, to options for easing the reporting burden on countries in the Global South. Katie Sullivan of IETA looked ahead to Marrakech decisions on the $100-billion roadmap for global climate finance, including uncertainties around the need to scale up funding for climate adaptation.

A participant asked how the effort to reduce deforestation and forest degradation in developing countries (REDD+) would be reconciled with the need to uphold Indigenous peoples’ rights, including the right to free, prior and informed consent on any projects on their territories. Panelists noted that the Paris deal was the first global environmental agreement to make some reference to human rights, though those portions of the preamble were phrased carefully to avoid limiting some countries’ access to climate finance. REDD+ includes similar language, but lingering concerns about Indigenous rights and prior and informed consent underscore the need for an integrated approach to public engagement.