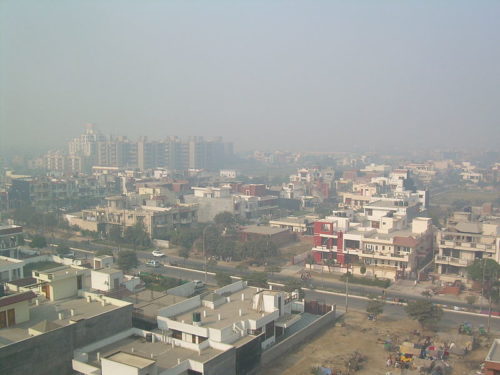 Days of toxic exhaust-laced smog so thick it was blamed for a 70-car pileup has driven city officials in New Delhi to (almost) desperate measures: recalling the operating licences for every diesel vehicle more than 15 years old on the city’s streets.

“A thick haze of smoke, ash, and other pollutants has blanketed the capital city of some 17 million people for more than a week, triggering public anger,” Reuters reports.

Levels of PM 2.5, the most dangerous particulate matter that lodges deep in the lungs, producing breathlessness, sore throat, and wheezing, at times had reached as much as 17 times recommended safe levels. After the city ordered some 200,000 older diesel vehicles off the road, the air quality index dropped by half within a day, from over 700 to 372—“still in the highest alert ‘hazardous’ zone which starts at 300,” Reuters notes.

The city also halted construction work on an underground rail network whose completion might reduce vehicle traffic. But it held back from an even sterner decree that the National Green Tribunal urged in July: to pull the licenses of every diesel vehicle more than a decade old.

After New Delhi issued the partial directive, India’s Supreme Court gave it two days to present a plan to combat the worst fossil air pollution in 17 years and implement anti-pollution measures recommended by the Tribunal.