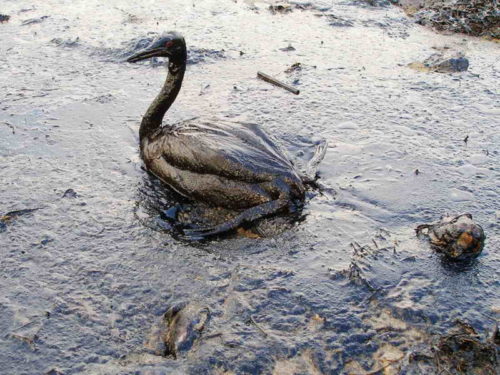 Monday’s announcement of $1.5 billion in federal spending for marine environmental protection against oil spills came against a background of declining private sector support for research on spill containment, and a lowered federal requirement for emergency response preparation.

Reuters, through an access to information request, surfaced documents revealing that “the two-year oil price crash has hurt a Canadian government program that funds research on oil spill cleanups, resulting in fewer applicants than expected.”

The Oil Spill Response Science Program, which offered forgivable grants of up to $5 million for between four and eight research programs into marine spill response, in conjunction with “production, pipeline, and shipping companies in the energy sector,” was expected to attract 25 to 30 applications, but brought in barely half that number, Reuters reports.

“As a result, the government will expand the scope” of the offer, “and open a second call for applications this month,” the news agency adds, citing an interview with Marc Wickham, Natural Resources Canada’s director of energy science and technology programs.

“The lower price of oil, it affects companies operating in this segment,” Wickham said. “They would be more cautious in terms of moving forward with proposals and projects.”

The statement describing the government’s new Ocean Protection Plan did not make clear whether its commitment to “invest in oil spill clean-up research and methods to ensure that decisions taken in emergencies are evidence-based” would continue the existing program, relying on private sector initiative. Last month, it slashed by half the amount of money it requires that pipeline companies have “readily available” to deal with spills and other accidents.