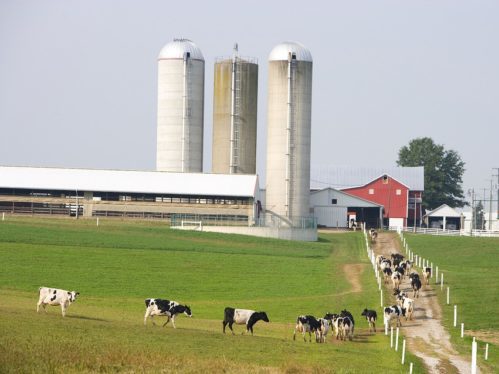 While human waste treatment is being underestimated as a contributor to greenhouse gas emissions, according to one study, a Dutch initiative is turning dairy herd waste into energy.

“Wastewater treatment plants may be responsible for emitting up to 23% more greenhouse gas than previously thought,” Climate Central reports, “because of fossil fuels in detergent-laden water from residential showers, household washing machines, and industrial sites.”

Researchers led by Colgate University’s Linda Tseng sampled waste water streams in Canada, Australia and the United States, “using radiocarbon analyses to break down the sources of the carbon found in the samples.”

“The team found that household wastewater could be composed of up to 28% petroleum-derived carbon,” Climate Central writes. Accounting for that carbon content, it adds, means “increasing estimates of total global greenhouse gases from wastewater treatment facilities by between 13 and 23%.”

But meanwhile, the largest dairy farm co-op in the Netherlands is addressing a related problem: the daily solid and liquid byproduct of thousands of dairy cows which, collectively, contribute the major share of agriculture’s contribution to the country’s emissions.

Scaling up long-familiar technology, the Dutch government has committed €150 million to subsidize the installation of anaerobic digesters that turn manure into biogas and a fertilizer less toxic than the raw natural product, on as many as 1,000 of the country’s 17,000 dairy farms.

“In the 20 days since Henk Kamp, the Netherlands’ economic affairs minister, turned on [one farm’s] digester,“ The Guardian reported, “it has generated 9,342 kWh of electricity, enough to power three homes for a year.”