U.S. To Electrify Its Interstates in Charging Station Rollout 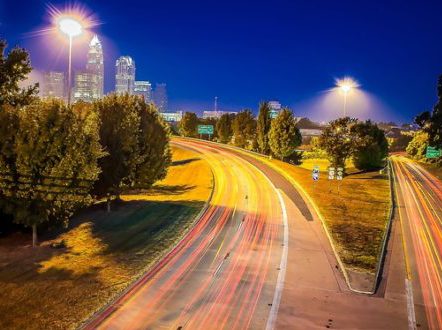 The Obama administration extended its support for electric vehicles with the announcement of a major plan to accelerate deployment of charging stations on 48 interstate “corridors” covering 40,000 kilometres of interstate highway in 35 U.S. states.

“State and federal agencies will be working together to ensure that each of those corridors will be equipped with enough charging stations to support electric vehicle drivers,” Electrek reports. “Drivers can expect either existing or planned charging stations within every 50 miles. They will also [find] it easier to locate those stations from the highway.”

Charging stations and alternative fuel providers will join gas stations, food services, and lodging on the familiar advisory signage along federal interstates, the White House said in a statement.

In addition to the rollout of more charging stations on interstate corridors, two dozen state and local governments joined with the federal administration in committing to increase EV procurement for their fleets. The U.S. Department of Energy (DOE), meanwhile, is evaluating “optimal national electric vehicle charging deployment scenarios” beyond the interstate system. More than three dozen businesses, non-profits, universities, and utilities, Electrek notes, have signed on to DOE’s Workplace Charging Challenge, committing them to provide EV charging stations at job sites.

Canada’s Natural Resources Minister Jim Carr said in April that his department was calling for tenders from private firms to help develop a high-speed electric vehicle charging network across the country.