Lord Nicholas Stern, 10 Years On: Still Right, Only More So 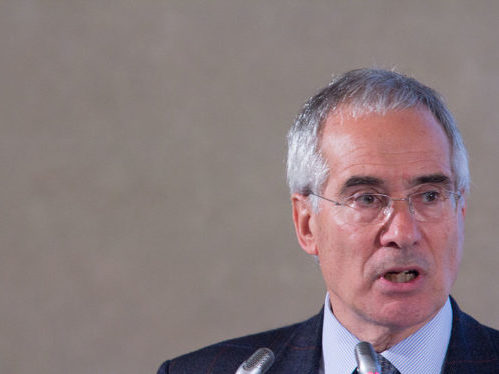 In late 2006, a research group funded by the British government and led by Stern produced a mammoth, 700-page review of the economic evidence showing the feasible cost of arresting climate change—and the unaffordable cost of not doing so.

Stern “found that cutting carbon emissions so that carbon dioxide peaked in the range of 450 to 550 parts per million would cost 1% of [global] GDP annually, but [that] ignoring climate change could cause economic damage on the order of up to 20% of GDP,” Climate Central recalls. “Translated into real-world numbers, the Stern Review put a price of about $85 per ton on carbon pollution emitted today, well above the current rate used by the U.S. of $40 per ton.”

Those “conclusions have stayed correct,” Andrew Steer, president of the World Resources Institute, told Climate Central. “But the messages would be much stronger if it were written today than they were then. The case for action is much more clear today than it was.”

“That’s partly because technology has changed, making the transition to a low-carbon future much more cost-effective,” he added. “Second, because we’re 10 years on, the problem has become more obvious. Essentially, the costs of inaction have gone up and costs of action have come down a lot.”

But Stern’s nominal climate-stabilizing target, the equivalent of 450 to 500 ppm of atmospheric carbon dioxide, may be less readily achieved than his group imagined.

“It’s technically feasible, but it’s daunting,” said Kate Gordon, vice-chair of climate at the Paulson Institute. “We need a major shift in our economic planning. As the Stern Report made clear, not doing this is unaffordable—so doing it is by definition economically necessary. But that doesn’t mean it’s going to be politically easy.”

“I think it’s possible from both [scientific and economic] perspectives,” added University of Chicago post-doctoral researcher Amir Jina. “But maybe not from a policy one. I’m skeptical of threshold values as targets. The question that I want to know the answer to is: ‘What does stabilization at 450 ppm look like in terms of economic damage, and how much will it cost us to get there?’ We really need some rational discussion of the costs and benefits in order to push the policy needle.”

Ten years on, in other words, Stern’s study is still more a conversation-starter than a conclusive basis for detailed action.