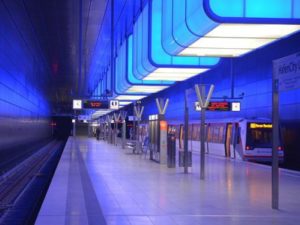 Canadian Finance Minister Bill Morneau unveiled a mid-financial-year update this week that courted criticism for its ballooning deficit, but directed C$21.9 billion into a variety of cleantech and green infrastructure such as transit over the next decade, Cleantech Canada reports, expanding a promise in his spring budget to put $5 billion into such projects by 2021.

Morneau “did not release specifics, but said the development of renewable and low-carbon energy projects, smart grids, interprovincial transmission lines, and other greenhouse gas emission-reducing initiatives are all on the agenda.”

The green spending represents the lion’s share of the $35 billion the federal government said it would allocate to bring a new infrastructure investment bank to life as early as next year.

“Of the initial $35 billion, $15 billion would come from already announced federal investments,” Reuters notes. “An additional $20 billion will be available for investments that would result in the bank holding assets in the form of equity or debt.”

In inviting private capital to participate alongside the infrastructure bank, Morneau said Canada’s “low political risk” makes it “a very desirable place for international pension funds who’d like to make investments in infrastructure.”

As the Canadian Press and others observed, however, the public financial commitment will add to the federal deficit—now predicted to be $25 billion this year, rather than the $23.4 billion Morneau predicted last spring, and $31.7 billion higher than forecast over the period to 2021, reaching $114.9 billion.

The infrastructure bank implements a suggestion that the expert Advisory Council on Economic Growth put forward to the government—with a significant difference in funding levels. “The council said the bank should be capitalized with at least $40-billion in federal funds over 10 years,” the Globe and Mail notes. “Instead, Mr. Morneau announced that the bank will be capitalized with $15 billion from existing programs that were given extra funds Tuesday, and a further $20 billion in equity or debt tied to specific projects built with public and private partners.”

The Federation of Canadian Municipalities welcomed the new investments in transit, social, green, and other infrastructure, CBC News reports, “saying they would be ‘transformative for communities of all sizes in every region of Canada.’”

Conservative leader Rona Ambrose dismissed the initiative as “a clear sign the Liberal economic plan has failed,” while New Democratic Party leader Tom Mulcair criticized the government’s invitation to private capital. “The Liberals are taking the money they promised to invest and putting it into the infrastructure bank—which means projects will focus on meeting private investors’ interests rather than Canadians’ needs,” he said in a statement.