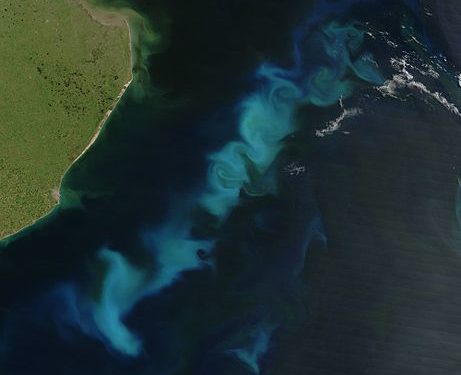 Yes, geoengineering—attempting to intervene in the global climate at planetary scale—is highly uncertain to work and risks unpredictable, perhaps catastrophic, down sides. It is also “seen as necessary” by scientists studying the idea for the United Nations, Bloomberg reports.

In a report prepared for signatories to the United Nations Convention on Biological Diversity, researchers at Britain’s University of East Anglia appear to conclude that as hazardous as it may be, humanity has no choice but to try geoengineering if it hopes to achieve the Paris Agreement’s goal of holding average global warming below 2.0ºC.

“Within the Paris agreement, there’s an implicit assumption that there will need to be greenhouse gases removed,” said the report’s lead author, East Anglia professor Phil Williamson. “Climate geoengineering is what countries have agreed to do, although they haven’t really realized that they’ve agreed to do it.”

Geoengineering approaches the group examined included ocean fertilization to encourage the uptake of carbon in marine life, spraying aerosols into the atmosphere to boost its reflectivity of the sun’s rays, large-sale afforestation, and various forms of carbon capture.

However, few such approaches have proven convincing to scientists who have studied them, Climate News Network observes. “One report doubted that geoengineering could slow sea level rise. Another said it could not arrest the melting of Arctic ice. A third study found that geoengineering would make things little better and might even make global warming worse.”

With this latest study, Williamson appears ready to accept risks that his research group characterized earlier this year as “hazardous, costly, or unrealistic.”

Indeed, as necessary as he may believe it to be, the English scientist still concedes that “we’re not quite sure how [geoengineering] would turn out. The risks of having local imbalances of climate are quite high.”

“If you have a climate catastrophe, a flood, or storm,” Williamson admits, “the accusation will be that it resulted from your action in the atmosphere.”

The group’s paper will be formally presented to member states of the Convention on Biological Diversity when they meet in December in Merida, Mexico.