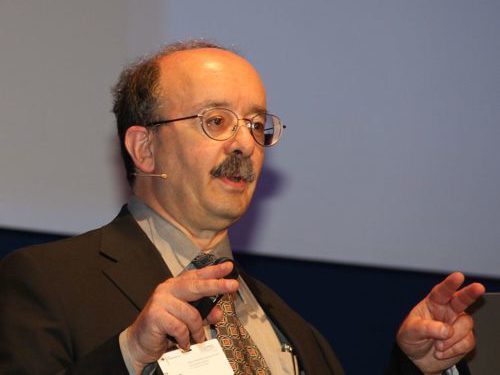 Forty years after writing an influential article in Foreign Affairs magazine that imagined a “soft path” alternative to the era’s “hard” energy trajectory of expanding coal, oil, gas, and nuclear generation, Amory Lovins finds he got some things wrong but was right that the hard and soft approaches can’t both prosper at once.

As Lovins, founder and now chair emeritus of the Rocky Mountain Institute, recalls his 1976 article Energy Strategy: The Road Not Taken?, he says its influence came from refocusing conversations about energy away from the singular question of increasing supply. It pushed energy thinkers and analysts to begin “asking what we want energy for — what ‘end-uses’ we sought, such as hot showers, cold beer, mobility, comfort, smelted alumina, baked bread — and how to deliver each of those services by providing the amount, kind, scale, and source of energy best suited to the task.”

Confounding contemporary skeptics, Lovins now says he was roughly right in foreseeing (not, he insists forecasting) that rising U.S. primary energy use would stall around the turn of the 21st century. His article anticipated energy consumption in 2000 being as much as 4.0% lower than it actually was, but notes that “the best contemporaneous econometric forecasts were approximately 60 to 70% too high.” The energy intensity of the U.S. economy has fallen by 24% since 2000, Lovins adds, and 56% over 40 years, close to his article’s expectation that a “near-halving” would be accomplished by “about the turn of the century.”

“To make a dollar of real GDP,” Lovins writes, “the U.S. in 2015 used 59% less coal [than in 1975], and 65% less oil and directly-used natural gas.” And despite what he calls “powerful lobbies and hence national policy [that] strongly favoured the hard path in energy supply,” by 2015 “the U.S. got 10% of its primary energy and 14% of its electricity from renewables, which were 68% of new added generating capacity.”

Lovins believes developments in distributed generation in this century have proven he was right in another assertion, that “an affluent industrial economy could advantageously operate with no central power stations at all.” Meanwhile, the ‘hard’ path that most of the world in fact followed, “sometimes portrayed as the bastion of free enterprise and free markets,” has “instead [been] a world of subsidies, $100-billion bailouts, oligopolies, regulations, nationalization, eminent domain, [and] corporate statism.”

Lovins admits that some of his 1970s expectations have been slow to materialize. He blames “largely hostile [U.S.] federal policies for 32 of the past 40 years,” for part of what he calls “a long, bumpy detour.”

As well, Lovins says, he shared the era’s belief—mistaken, as it turned out—that natural gas was “scarce.” That error led the U.S. government in 1978 to ban the use of gas in power plants for nearly a decade, prompting the construction of a generation of long-lived coal-fired plants. “That vast coal fleet, exempted from Nixon-era environmental laws, is only now fading, while resurgent gas persists.”

The retreat of the 1970s oil crisis, with its associated high gasoline prices, also “fostered complacency,” he writes. Oil lobbyists were able to stall progress on fuel efficiency standards introduced at the height of the crisis by President Gerald Ford. “This stagnation wasted two turnovers of the auto fleet, prolonging high oil demand for a quarter-century while oil interests sought to suppress competing biofuels.”

However, “one of the article’s most controversial claims — that the soft and hard energy paths are mutually exclusive, because each requires investments, infrastructures, institutions, and attitudes that inhibit or preclude the other — has unfortunately been borne out,” the energy futurist regretfully concludes. “It’s visible daily as hard and soft technologies fight for market share and political influence,” producing “dangerous delays in the transition to a post-fossil- fuel and climate-safe energy system.”