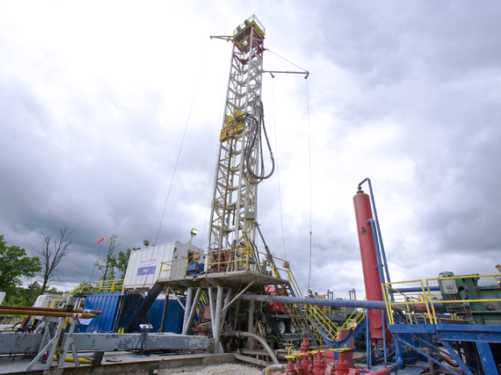 A key component of the Obama Administration’s Clean Power Plan could hinge on the commercial viability of a carbon capture and storage (CCS) project in Saskatchewan that is smaller than a full-scale plant, has seen serious cost overruns, incurred penalties for failing to deliver as much sequestered carbon as it was supposed to, and needed significant subsidies to get off the ground at all.

The U.S. Environmental Protection Agency (EPA) is defending the Clean Power Plan against a collection of court challenges, one of them led by coal mining company Murray Energy and the state of North Dakota, reports Washington, DC-based attorney Joel B. Stronberg. It challenges New Source Performance Standards that limit carbon emissions in four different types of power plants, new or modified.

The plaintiffs claim the U.S. Clean Air Act prohibits the EPA from setting tougher standards for existing plants than for new ones, and from regulating existing facilities before new or modified ones. For practical purposes, Stronberg says a successful challenge “would prevent EPA from ever enforcing” the Clean Power Plan.

That’s where Saskatchewan’s Boundary Dam CCS plant comes into the picture. The Clean Air Act requires the EPA to base its regulations on the best emission reduction systems available to power plant operators. That provision, “according to the challengers, reasonably implies commercial viability,” Stronberg writes. “The Agency, however, seems to have identified only one instance where CCS technology has been demonstrated as feasible—both technologically and economically.”

“It appears from the analysis that the government is using $1.5 billion of electricity ratepayer funds to build a project that will have only one beneficiary, which is the oil industry of Alberta operating at the Weyburn oilfield,” SCW President James Glennie said at the time. “Saskatchewan ratepayers will lose $1 billion on that investment and that will mean significantly higher electricity prices for the foreseeable future.”

Stronberg cites the claim from Murray Energy and its allies “that the one identified demonstration of capture technology is far from commercial. They characterize the project as: being less than one-quarter the size of a full-scale power plant; suffering from massive cost overruns; and failing to demonstrate sequestration in deep saline formations.” They interpret government subsidies for the project as implying that it is “too speculative for the private sector to fund, and is merely a governmental proof of concept.”

Issues of cost and proven technology have been influential in U.S. federal court decisions in the past, Stronberg notes. He predicts the case will almost certainly find its way to the U.S. Supreme Court—which is currently deadlocked, with one seat left vacant by the death of Justice Antonin Scalia, and some Senate Republicans vowing to stonewall any nominations by a future Clinton administration.