U.S. Can Protect Species Now Based on Future Habitat Loss 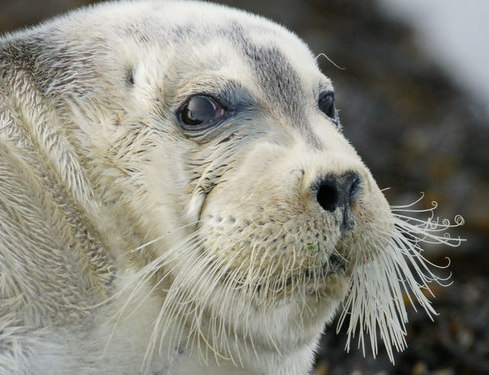 Future habitat loss due to climate change is a valid reason to list a healthy species as threatened, a three-member U.S. appeals court panel concluded last week, in a unanimous ruling that upheld the U.S. National Marine Fisheries Service’s decision to protect a subspecies of sea ice seal in Alaska.

“The service need not wait until a species’ habitat is destroyed to determine that habitat loss may facilitate extinction,” wrote Judge Richard A. Paez.

“All parties agree that there will be sea ice melt,” the court said. “The only uncertainty is the magnitude of warming, the speed with which warming will take place, and the severity of its effect.”

Staff attorney Kristen Monsell of the Center for Biological Diversity pointed to the significance of a ruling that allows a species to be protected based on conditions projected for the end of the century. “This legal victory is likely to have major implications for many other climate-threatened species,” she said.

“The bearded seals are among several species, including the polar bear, that the government has classified as threatened because of climate change,” the Los Angeles Times reports. The state of Alaska, oil company groups and Alaskan natives “maintained the subspecies’ population was currently healthy and the climate projections were speculative.”

The ruling would restrict fossil companies’ offshore drilling if the NMFS determined it would affect the bearded seal. But Alaska’s senior assistant attorney general, Brad Meyen, said the state may appeal the decision. “If this opinion stands,” he told the Times, “the National Marine Fisheries Service would list a species that is abundant and in good health based on the claim that climate change will impact habitat over the next 100 years and may cause harm.”

The bearded seal case played out in the same week that the biennial Living Planet Report by WWF International concluded that wildlife populations are on track to fall by two-thirds between 1970 and 2020, due to an array of influences including climate change.

“Wildlife is disappearing within our lifetimes at an unprecedented rate,” said WWF Director General Marco Lambertini.

“The decline is yet another sign that people have become the driving force for change on Earth, ushering in the epoch of the Anthropocene,” CBC reports. “Conservation efforts appear to be having scant impact, as the index is showing a steeper plunge in wildlife populations than two years ago, when the WWF estimated there had been a 52% decline between 1970 and 2010.”

“Importantly,” stressed WWF Director of Science Ken Norris, “these are declines, they are not yet extinctions.” And WWF Global Conservation Director Deon Nel pointed to good news amid the bad on wildlife conservation and biodiversity. “I don’t speak at all about doom and gloom — we do see a lot of positive signs,” including the Paris Agreement and last year’s adoption of the United Nations’ Sustainable Development Goals.

WWF’s biodiversity index tracks about 14,200 populations of 3,700 species of vertebrates, from pea-sized frogs to 30-metre-long whales, using data from the Zoological Society of London.