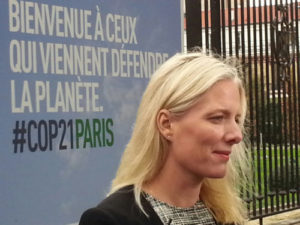 Environment and Climate Change Minister Catherine McKenna has squashed an apparent attempt by officials in her department to censor Members of Parliament, First Nations representatives, and other members of Canada’s official delegation to the United Nations climate conference in Marrakech November 7-18.

Conservative environment critic Ed Fast (CP-Abbotsford) flagged the problem after McKenna’s office sent out a participant agreement that required delegates to “refrain from intervening in debates or negotiations while serving as a member of the delegation,” “refrain from giving media interviews” within the scope of the agreement, and “respect the authority of the Head of Delegation on all matters” regarding their conduct onsite.

Fast told McKenna he would not attend COP 22 under those conditions. “As your (Official Opposition) Critic, it is my constitutional responsibility to challenge the Government of Canada and to offer Canadians alternative policy and legal perspectives when and where appropriate,” he wrote. “This effort to muzzle my ability to communicate with Canadians on issues they deeply care about is highly objectionable, and contrary to the democratic principles we are both entrusted to uphold.”

“The COP 22 delegate agreements provided to Opposition MPs, Indigenous groups, provincial, territorial, and municipal representatives, NGOS, youth, and business included an error made by officials that suggested limits on interactions with media,” wrote spokesperson Caitlin Workman. “We have asked officials that all invited delegates be contacted immediately to rectify this error.”

She added that the new federal government’s practice of including opposition MPs in government delegations “is in stark contrast to the previous Conservative government, which routinely failed to invite opposition representatives to international events in which Canada was a participant.”