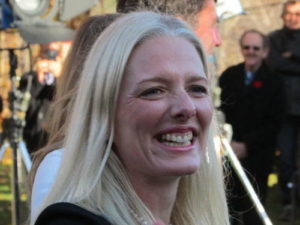 Home energy efficiency and electric vehicle programs could be part of a basket of climate change initiatives the Canadian government plans to release before Prime Minister Justin Trudeau meets with provincial/territorial premiers this fall to hammer out a pan-Canadian climate plan.

“The intention is to put some of our plans out through the fall in the lead-up to the first ministers’ meeting,” Environment and Climate Change Minister Catherine McKenna told media last Thursday.

“Whether it’s through creating incentives for Canadians to have more energy-efficient homes or on the electric vehicle side, I think there’s some real opportunities to not only tackle climate change but to grow our economy. So you have to stay tuned.”

Earlier, in a keynote address to the Canadian Climate Forum in Ottawa, McKenna said Canada must go after a bigger share of the global clean technology market. “We must accelerate the adoption of EVs (electric vehicles) in our cities by creating networks, charging stations, and supporting new infrastructure,” she said. And she stressed that “in Canada, every dollar spent on energy efficiency programs generates between $4 and $8 of GDP.”

During his own appearance at the Climate Forum Friday, Natural Resources Minister Jim Carr declared that “we’re not going to make everybody happy” as the government’s climate and energy initiatives roll out. “People say, ‘leave the oil in the ground,’ they don’t want any development,” he said. “Our view is we use the wealth of the old economy to finance the new energy economy.”

McKenna reinforced Carr’s position in her own comments, after a session moderator asked her about “moving hydrocarbons from Alberta elsewhere.” Describing herself as “as much an economic minister as I am an environment minister,” she replied that “people want to know they’re going to have a job. A lot of people are just trying to get by every day, figuring out how they’re going to put food on the table.”

Green Party leader Elizabeth May took issue with Carr’s remarks in a luncheon address later in the day. “When my friend Jim Carr stands before you and says there’s some people who say we have to leave it in the ground, some of the people are…the International Energy Agency,” she told participants.

Carr added that it isn’t the federal government’s role to make judgement calls based on changing fossil fuel markets, less than two weeks after the World Energy Council projected that world fossil demand will peak in 2030. “The response to changing markets comes from the private sector,” he said. “The role of government is to be a regulator, a partner to the private sector in the transition to a lower-carbon economy. We’re not really in the business of making what are projections of markets.”