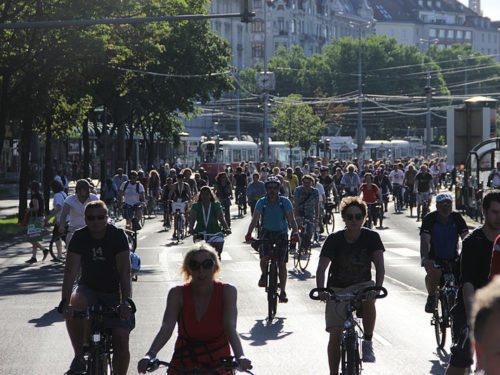 Rapid urbanization, combined with the need to reduce greenhouse gases and adapt to the impacts of climate change, will be two of the most serious challenges facing cities over the next two decades, Ottawa City Councillor Tobi Nussbaum argues in a Huffington Post article to mark the end of the United Nations Habitat conference in Quito, Ecuador.

“As a former diplomat, I have had the opportunity to experience cities around the world with drastically varying conditions—large and small, rich and poor, coastal and landlocked, peaceful and violent,” Nussbaum writes. “Yet, despite these differences, I have seen cities across this spectrum successfully preparing for continued population growth while increasing climate change mitigation and adaptation efforts.”

He adds that “if pursued effectively, such approaches can work to improve economic opportunities, social equity, and health outcomes for citizens—priorities that all cities work to achieve.”

“While the actions provided here are far from exhaustive, they illustrate the kind of steps that are needed to avoid hand-wringing when UN-HABITAT meets again in 20 years,” he writes. Until then, “the responsibility lies with me and my fellow municipal leaders across the globe to demonstrate the required political courage to act.”

Meanwhile, the New Urban Agenda released at the Quito conference is receiving a mixed reaction, with urban researchers saying it fails to reflect the need for immediate, wide-ranging action.

“What is abundantly clear is that the [United Nations Sustainable Development Goals] and the Paris Agreement on climate will be won or lost in cities. We have just 14 years to make historic progress on these agreements,” said urban ecologist Timon McPhearson of the New School in New York.

“There are one billion poor, many of whom live in the one million slums and informal settlements existing in 100,000 cities,” he told a media briefing. “The planet has already moved beyond critical planetary boundaries related to climate, biodiversity, land use, and fertilizer use. Yet urgency is entirely absent in the New Urban Agenda.”