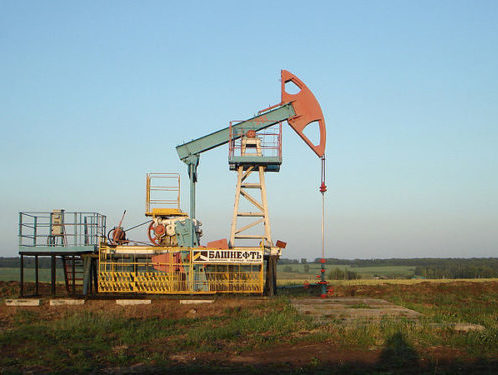 Russia, the world’s largest oil exporter, announced over the weekend that it was set to join the Organization of Petroleum Exporting Countries (OPEC) in limiting crude oil production—a step that could reduce a persistent supply glut and push world prices out of their long slump below US$50 a barrel, Bloomberg reports.

But within hours, the country’s most senior fossil executive burst the bubble, saying he saw no reason for Russia to join the freeze.

Speaking in Istanbul October 10, Russian President Vladimir Putin said his country “is ready to join joint measures on reducing the production of oil and invites other oil exporters to do so.” The statement set off a flurry among fossil analysts and helped trigger a short-lived increase in global oil prices.


“In the current situation, we think that a freeze or even a cut in oil production is probably the only proper decision to preserve stability in the global energy market,” Putin told the World Energy Congress. “We support the recent OPEC initiative to fix limitations on production and hope that, at the November OPEC meeting, this idea will be transformed into real agreements giving a positive signal to markets and investors.”

Together, OPEC and Russia produce about half of the world’s crude oil.

After Putin spoke, CBC News reported that benchmark prices that had been “inching” higher since OPEC first proposed limiting production in September “shot up. U.S. West Texas Intermediate rose US$1.54 to settle at $51. a barrel, its highest close since July 2015. Brent crude, the international standard, hit $53.73, its highest level since October 12, 2015, before finishing at $53.14 a barrel.”

The movement prompted International Energy Agency Executive Director Fatih Birol to suggest to Bloomberg that “we may well see, in a short period of time, strong production growth coming from North America and elsewhere. Prices around $60 would be sufficient.”

London-based market analyst Naeem Aslam warned Bloomberg to take any agreement on production cuts with a grain of salt, however. “Caution may be the best practice. If history tells us anything, it is that these major oil players also have the habit to not respect the agreed agreement.”

Within a day, Reuters reported that crude prices had retreated again after their brief rally. And on Monday evening, Igor Sechin, head of Russian oil company Rosneft, said his company would not cap oil production as part of a wider deal with OPEC.


“Why should we do it?” he asked a Reuters reporter. “Try to answer this question yourself: would Iran, Saudi Arabia, or Venezuela cut their production?” he added a day later.

Revolutionary plan can save rainforest