Shell Cancellation is Latest Setback for Oil-by-Rail in Western U.S. 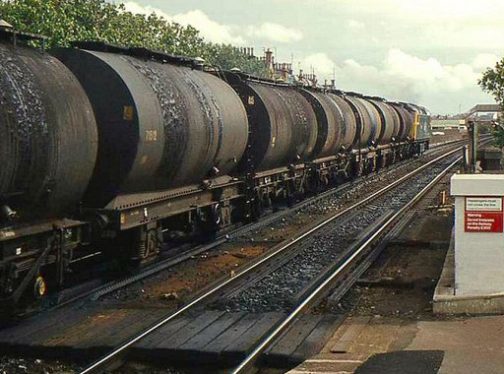 A unit of Royal Dutch Shell has given up on plans to build an oil-by-rail facility at its Puget Sound refinery near Anacortes, Washington.

“When we look at current crude oil supplies, prices and markets globally, and the cost of the project, it just doesn’t make economic sense to move forward at this time,” said refinery general manager Shirley Yap. “We are committed to investing in this facility and there will be other ways to do that.”

The 145,000-barrel-per-day refinery currently receives crude oil by ship and pipeline, Downstream Today reports. The oil-by-rail project “would have diversified the facility’s feedstock sources by enabling up to six unit trains per week carrying crude from the U.S. Midwest—particularly the Bakken shale formation in North Dakota—to offload at the site. Each 102-car unit train, laden with approximately 60,000 to 70,000 barrels of crude oil, would have accessed the facility via a new rail spur from the adjacent Burlington Northern Santa Fe (BNSF) mainline.”

Shell had previously said the conditions in an environmental impact statement from Skagit County and the Washington State Department of Ecology “would be achievable and feasible.” DT notes that Shell’s project suspension “the latest in a string of recent crude-by-rail setbacks on the West Coast.”

Last week on Resilience.org, DeSmog Blog reported on one of those setbacks, after the Benicia, California City Council voted against a new oil-by-rail project proposed by Fortune 500 fossil company Valero.

“That vote would have been meaningless if not for a recent decision on September 20 by the Surface Transportation Board (STB) that gave Benicia the legal authority to have some say over what happens within its borders,” DeSmog notes. “The STB decision helped clear up some of the grey areas around the issue of ‘pre-emption,’ in which railroads are not subject to any local or state authorities or laws because local and state laws are ‘pre-empted’ by federal law.”