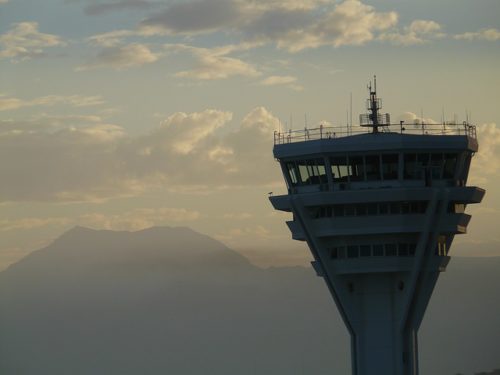 A decidedly mixed result after nearly two weeks of carbon negotiations at the International Civil Aviation Organization (ICAO) triennial assembly in Montreal left governments, media, and some climate organizations lauding a “landmark accord” to offset civil aviation emissions, while other civil society groups pointed to serious gaps in the agreement.

“The International Civil Aviation Organization’s global carbon offsetting system, the first such scheme for a single industry, is expected to slow the growth of emissions from commercial flights, costing the industry less than 2% of revenues,” Thomson Reuters reports. “Governments from individual countries must still act on their own to put the agreement’s limits into effect.”

“Depending on who you ask, this was a visionary step forward, or a dangerous distraction from airlines’ failure to cut their own carbon footprint,” writes ClimateHome’s Megan Darby. “It all hinges on the credibility of carbon credits. Where will the projects come from, now that even the poorest countries have their own climate targets? How can the scheme avoid double counting of emissions cuts? Who will enforce the rules?”

The White House called the decision “an ambitious yet pragmatic approach to using market principles to constrain emissions from the international aviation sector.” Canadian Transport Minister Marc Garneau added that the accord, concluded in a meeting room just adjacent to his federal constituency, “sets the scene for further improvements with respect to all other emissions that were agreed to at the Paris (climate change) conference. It’s a major announcement. Canada played a leadership role.”

The U.S. Environmental Defense Fund calculated that 2.5 billion tonnes of emissions will be reduced or offset under the deal.

“This agreement positions aviation to be an engine for achieving reductions in carbon pollution around the globe, while spurring innovations to reduce the sector’s own emissions,” said Nathaniel Keohane, EDF’s vice president, global climate. “Achieving carbon-neutral growth from 2020 is a significant step in its own right. And with robust implementation, the market-based measure can serve as a springboard to greater ambition.”

But Transport and Environment Director Bill Hemmings was less impressed. “Taking a plane is the fastest and cheapest way to fry the planet, and this deal won’t reduce demand for jet fuel one drop,” he told Thomson Reuters.

Aki Kachi, international policy director at Carbon Market Watch, added that “after heartfelt appeals for action and laudable voluntary participation from vulnerable countries such as Burkina Faso and the Marshall Islands, the fact that the already insufficient Carbon Neutral Goal from 2020 levels will not be met underlines the need for further action.”

As expected in the weeks leading up to the assembly, “the system will be voluntary from 2021 to 2026 and mandatory from 2027 for states with larger aviation industries. Airlines will have to buy carbon credits from designated environmental projects around the world to offset growth in emissions,” Thomson Reuters notes. The early phases of the deal will cover 65 countries, and Aliu said more are expected to join.

The International Coalition for Sustainable Aviation pointed to several positive elements in the technical details of the agreement. But it noted that ICAO’s Global Market-Based Mechanism “falls short of the goals of carbon neutral growth by 2020, Paris Agreement goals, and the industry goal of halving emissions by 2050,” sets insufficient criteria for the integrity of carbon offsets, and fails to ensure a transparent process for finalizing the market-based mechanism.

As it stands, the ICAO decision is expected to cost airlines $1.5 to $6.2 billion in 2025, depending on carbon prices, and no more than 1.8% of total revenue in 2035. The International Air Transport Association, which represents the industry, estimates airlines’ margins over the last decade at 4%, but considers a global deal less costly than a patchwork of national and regional rules.