300 Dead in Haiti, Two Million Evacuate in the U.S. as Matthew Storms Ashore 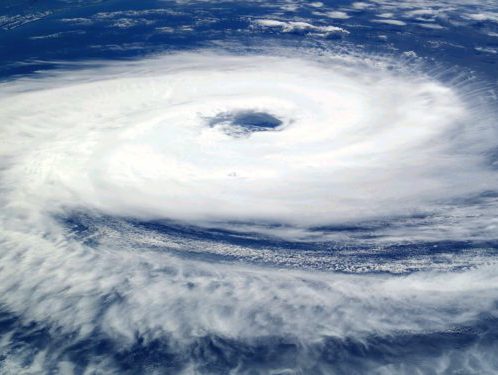 Packing winds up to 225 kilometres per hour, the most powerful Atlantic hurricane in a decade was expected to make landfall north of West Palm Beach early Friday after killing nearly 300 people in Haiti, according to the BBC.

Two million residents of Florida, Georgia, and South Carolina were ordered to evacuate ahead of Hurricane Matthew, and President Barack Obama declared states of emergency in Florida and South Carolina. The storm surge was expected to “wash over coastal communities along an 800-kilometre stretch from South Florida to the Charleston, SC area,” AP reports.

[UPDATE, 7:37 AM EDT, October 7: Matthew has weakened to a Category 3 storm, the Washington Post is reporting this morning, but states of emergencies have still been declared in three U.S. states and mass evacuations are under way.]

In Haiti, meanwhile, 30,000 homes were destroyed in Sud province, while the city of Jeremie lost 80% of its buildings. “Most of the fatalities in Haiti were in towns and fishing villages around the southern coast, with many killed by falling trees, flying debris, and swollen rivers,” BBCnotes.

Earlier, in Colombia, Matthew damaged 18,000 homes and may have tipped the result of a plebiscite aimed at ending a multi-decade war between the national government and FARC rebels.

“This storm’s a monster,” warned Florida Governor Rick Scott, who leads a government that has banned official use of the terms “climate change” and “global warming”.

“The storm has already killed people,” he added. “We should expect the same impact in Florida.”

Already, he Washington Post reports that Matthew “has shattered records from rapid intensification to longevity, and it has the potential to end a decade-long lull in major hurricane landfalls.” It grew from a Category 1 to a Category 5 storm by gaining 80 miles per hour in just 24 hours, achieving the third-most rapid intensification on record after Hurricanes Wilma in 2005 and Felix in 2007.

The sheer brutality of the storm didn’t stop U.S. shock radio host Rush Limbaugh from declaring it a liberal plot.

“It’s in the interest of the left to have destructive hurricanes because then they can blame it on climate change, which they can desperately continue trying to sell,” he told his radio audience. Limbaugh accused the U.S. National Hurricane Center of “playing games” with its forecasts to “cause false alarms and scare people into believing in climate change,”Huffington Post reports.

But a round-up of recent coverage on hurricanes and storms points to the connection between climate change and severe weather. “Theory and computer models show that the incidence of the strongest hurricanes—those that come closest to achieving their potential intensity—will increase as the climate warms, and there is some indication that this is happening,” said MIT meteorologist Kerry Emanuel.

Keith Krumwiede, associate professor of architecture at the New Jersey Institute of Technology, added that climate impacts will dictate a change in development patterns. “Changing course will require a reassessment of risks as they relate not only to how but also to where we build,” he said. “In our larger, more densely populated regions and cities, massive storm protection projects are both necessary and economically viable, but in many places we would be much better served to move out of harm’s way.” (h/t to Salon.com for pointing us to the round-up on The Conversation)