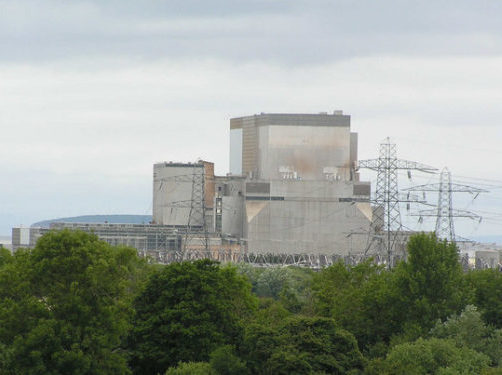 The economics of nuclear power came under renewed scrutiny in Britain after two companies building a 3,200 megawatt generating station at Hinkley Point in the country’s southwest disclosed that decommissioning the facility beginning in 2083 will add about 40% to its £18-billion (US$23-billion) construction cost.

“Contracts signed today,” the plant’s French investment partner Électricité de France (EDF) said late last week, in a statement reported in The Guardian, “mean that, for the first time in the UK, the full costs of decommissioning and waste management associated with the new power station are set aside during generation and are included in the price of the electricity.” EDF and its partner at Hinkley Point, the China General Nuclear Power Group (CGN), placed those decommissioning costs at an additional £5.9 to £7.2 billion.

However, the public agency charged with decommissioning 17 other UK nuclear plants has recently said their cleanup costs will reach £117 billion over the course of a century, “more than twice the cost estimated a decade ago,” the paper notes.

That experience sowed scepticism among experts over the Sino-French venture’s estimate of what it will eventually really need to spend to render the Hinkley Point site safe and store radioactive building and fuel waste. “The reality in terms of decommissioning,” observed Paul Dorfman, a nuclear safety expert at University College London, “is that it always costs more than people say.”

By contrast, Britain’s National Audit Office calculated earlier this year “that large-scale solar power and onshore wind farms could produce electricity for less than the price agreed for Hinkley,” The Guardian adds. Then last month, the British government came under fire for giving EDF and CGN a 35-year price guarantee of £92.50 per MWh (11.8¢/kWh) for Hinkley’s output. That is nearly five times the current record-low price for photovoltaic solar, set in (admittedly sunnier) Abu Dhabi last month, of 2.42¢/kWh.

Defying that price disparity, according to Reuters, CGN announced in comments reported in Chinese state media that it expects to secure British approval to build a second UK nuclear station, at Bradwell-on-Sea in the southeast, within five years.