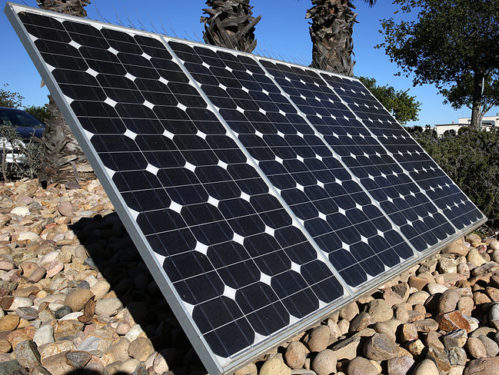 Microgrids may be on the verge of shedding their niche status to become a “fundamental building block” of the 21st century electricity grid, according to a report by the U.S. National Electrical Manufacturing Association.

“From 2025 onwards, fully controllable, independent microgrids interconnected with [direct current] links will allow for full decoupling from the alternating current (AC) electric power system.” the report states. “They will also facilitate the segmentation of the distribution system, a new paradigm for electric grid management.”

That means the U.S. generation and distribution system is “moving away from a passive to an active grid,” said NEMA director Steve Griffith. “You can actually have distributed generation based on renewable resources—solar, wind and electrical storage devices—power that not only flows from the utility to the customer, but now from the customer back to the utility.”

The Washington-based Institute for Local Self-Reliance estimates there are currently 100 to 200, largely independent microgrids in operation across the U.S. But “there are already signs of interconnected microgrids on the horizon,” Midwest Energy News reports. For example, utility ComEd in northern Illinois is building as many as six new microgrids, one of them adjacent to an existing nine-megawatt system at the Illinois Institute of Technology. In September 2014, ComEd received a US$1.2-million grant to build a controller that would allow the two systems to swap power back and forth.

Citing Griffith, Midwest Energy News points to technological and regulatory challenges on the road to wider use of microgrids. “There is still a need for better systems for converting power and controlling how and when it is distributed on a small scale,” notes correspondent David J. Unger. “Better energy storage would also make microgrids more attractive to utilities and communities.” And “because microgrids are a relatively new technology, there are a lot of unanswered questions about who has oversight over them and how they will impact broader power markets.”

There’s also a tension between a regulatory interest in standardizing microgrids and the broader benefit of customizing the systems to meet local needs.

Still, GTM research estimates that U.S. microgrid capacity will grow 115%, to 4.3 gigawatts, in the next five years.