Autonomous Vehicles Could Bring U.S. to ‘Peak Car Ownership’ by 2020 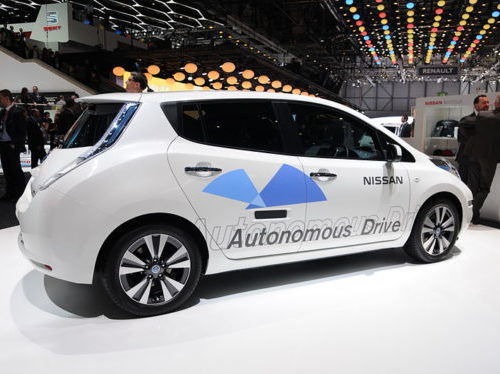 RMI concludes that “human drivers are about ten times more expensive than a state-of-the-art autonomous vehicle system,” and “solely using autonomous taxis for transportation could cost the same as owning and operating a car” as soon as 2018.

“The rise in interest in autonomous vehicles is just one indication that the era of high numbers of personally owned vehicles in the U.S. is coming to an end,” the Institute states in a post on RenewEconomy. That raises the possibility “that a new mobility system will emerge in the next few years that is superior to our existing system in almost every way.”

Analysis to date on the rapid emergence of connected and autonomous vehicles has been contradictory—the cascading levels of self-driving capability will either encourage private ownership or make it irrelevant, slash traffic congestion or make it worse. Researchers invariably agree that autonomous vehicles, once they’re ready for prime time, will deliver a major boost to traffic safety, since at least 90% of crashes trace back to human error—though even that finding leads to deep ethical issues about the “choices” an autonomous vehicle would make in an emergency.

The RMI report comes down on the side of the benefits, arguing that autonomous vehicles will save tens of thousands of lives, greatly accelerate electric vehicle uptake, save U.S. consumers (and especially low-income Americans) $1 trillion per year, and “recover the staggering amount of time and land devoted to cars” by redesigning cities around people, rather than their vehicles.

“Pitfalls and setbacks are possible, but our current system sets the bar pretty low,” write RMI’s Jonathan Walker and Jerry Weiland. “A new system that is potentially superior in almost every way must be supported and championed by elected officials, safety advocates, environmental organizations, advocates of income equality, and urban designers.”