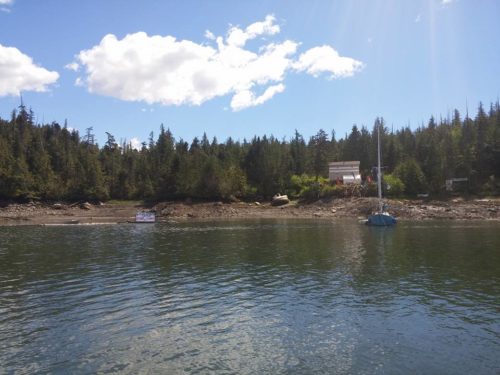 If it is built, the project will emit 9.2 million tonnes of carbon pollution per year, making it impossible for British Columbia to meet the already-inadequate targets in what critics call its “climate procrastination plan”. PNW would consume 5.1 million cubic metres of freshwater and lead to 258 extra shale gas wells being drilled each year, produce emissions equivalent to 1.9 million cars on the road, and consume as much water as 56,000 Canadians.

“For British Columbians and all Canadians concerned about salmon habitat, climate change, and reconciliation with First Nations, today’s decision is profoundly troubling,” said the Dogwood Initiative’s Christina Smethurst. “It does not restore public trust in the federal environmental review process.”

The scorching response to the decision quickly reached U.S. energy and environment media, with CleanTechnica picking up the story Wednesday. “Trudeau Sold Canada Out,” reads the headline to a report that cites multiple critics’ reactions.

“PNW LNG is poised to cause irreparable damage to the second-largest wild salmon run in Canada, and potential catastrophe for the fisheries economy thousands of people depend on,” wrote Lax Kw’alaams Hereditary Chief Don Wesley (Yahaan), in a joint letter from more than 70 First Nations and environmental leaders.

“Pacific NorthWest LNG is slated to be built on top of an eelgrass bed that supports 88% of the salmon in the Skeena River and all those who rely on them,” said the Wilderness Committee’s Peter McCartney. “It would also produce 11 million tonnes of carbon pollution—single-handedly blowing B.C.’s climate commitments.”

“If this project is built as currently approved, it will be one of the single biggest sources of carbon pollution in the country,” said Clean Energy Canada Executive Director Merran Smith.

“The harsh reality is that it is becoming increasingly difficult to distinguish the Trudeau government’s actions on climate from those of the Harper government,” said Sierra Club B.C.’s Caitlyn Vernon.

But while the community reaction reverberated, federal Opposition Leader Rona Ambrose was upset about the 190 conditions attached to the approval, the National Observer reports.

“The headlines seemed good, but beyond the headlines was a lot of fine print, 190 conditions for the LNG project to move forward including—wait for it—more consultations after almost six years of consultations,” she told the House of Commons Wednesday. “Approving the project is one thing. Getting it built is what matters. There are no jobs until there are shovels in the ground.”

Coverage in the Globe and Mail pointed to splits among First Nation councils that support or oppose the project. “It gives us certainty that there is going to be a project,” said Joseph Bevan, the elected chief councillor of the Kitselas First Nation, adding that community engagement around the project “was done well and it was inclusive.”

The Lax Kw’alaams elected council has also expressed interest in a $1.2-billion benefit-sharing deal with Petronas. But Wesley, who has led an occupation of Lelu Island, where the project would be built, maintained the elected council has no jurisdiction over traditional territories outside the reserve.