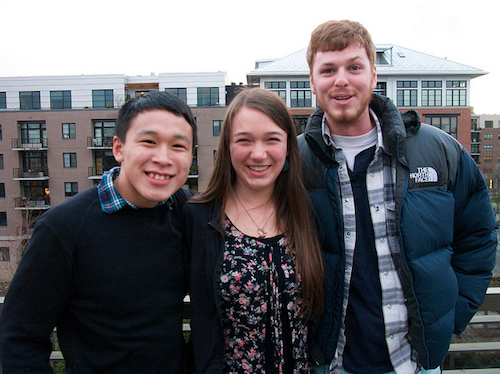 U.S. District Court Judge Ann Aiken will decide in the next 60 days whether to allow 21 youth plaintiffs aged eight to 19 to launch a constitutional challenge against the federal government for failing to protect them from the effects of climate change.

Our Children’s Trust Executive Director Julia Olson presented arguments for the case September 13 in Eugene, Oregon, and later recounted the experience in an email to supporters.

The youth had won the first round in April, when U.S. Magistrate Thomas Coffin ruled that the U.S. political stalemate on climate change “necessitates a need for the courts to evaluate the constitutional parameters of the action or inaction taken by the government.” The federal government and the fossil industry both appealed that decision, setting the stage for the September 13 hearing. And by Olson’s account, the federal government’s lawyer didn’t have an easy time of it.

“Oral arguments started with Department of Justice Attorney Sean Duffy conceding that climate change is a serious problem,” she writes. But “Judge Aiken questioned the Department of Justice about addressing climate change ‘with all deliberate speed,’ echoing the Supreme Court’s urgent mandate to desegregate schools and end racial discrimination in Brown v. Board of Education.”

“The court went on to state that climate change is a ‘systemic’ issue where ‘time is of the essence,’” Olson writes.

Our Children’s Trust argued the federal government has known about the risk of climate change for more than 50 years, and that full implementation of President Barack Obama’s signature Clean Power Plan would only stabilize greenhouse gas emissions, not reduce them, through 2040.