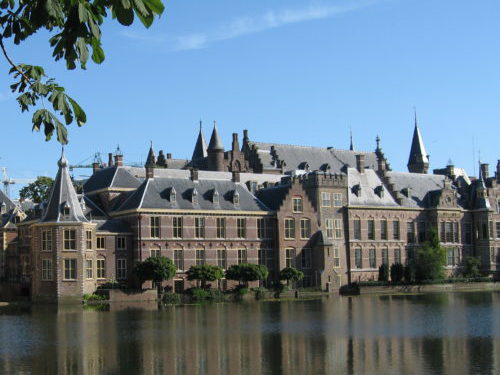 The Dutch Parliament unexpectedly voted Thursday night to cut the country’s greenhouse gas emissions 55% by 2030, a move that will bring it in line with the Paris agreement and require all its remaining coal-fired generating stations to close.

The Netherlands closed five coal plants last year, but another five are still in operation—including three that came online last year and are being blamed for a 5% increase in the country’s emissions.

“Closing down big coal plants—even if they were recently opened—is by far the most cost-effective way to achieve the goals of the Paris agreement, and all countries will need to take such far-reaching measures,” said Parliamentary Vice-President and Liberal MP Stientje van Veldhoven. “We cannot continue to use coal as the cheapest source of energy when it is the most expensive from a climate perspective.”

While the Dutch government is not obliged to heed the Parliamentary motion, “the Liberal and Labour parties say they will now push for speedy implementation,” The Guardian reports. “The country’s centre-right coalition government is pursuing a twin-track response of appealing the ruling to the country’s higher court, while preparing a climate package for early November.”

Veldhoven stressed, however, that “it is our clear political statement, so this is what they must do. It is a motion, not a law, so there is some room for manoeuvre. But having one coalition partner support it is always a good guarantee that an adopted motion will be enforced.”

Last year, a Dutch court ordered the government to reduce its emissions 25% by 2020, noting that the country had recognized the severity of the climate threat in international treaties. The lawyer who brought that case, Dennis van Berkel, called the Parliamentary vote “an enormous leap for climate policy in the Netherlands”. But environmentalists are concerned the government’s forthcoming climate package—which could include limited coal plant closures and greater reliance on renewable electricity, geothermal heat, and carbon capture and storage—would neutralize the Parliamentary initiative.

Earlier this month, Economic Minister Henk Kamp came out against closing the three newest coal plants. “They are the cleanest in Europe,” he said. “We’d be crazy if we shut them.”