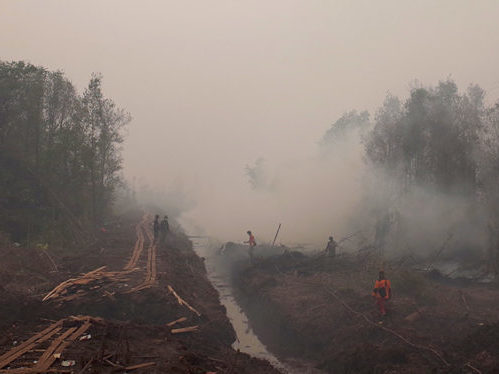 More than 100,000 people in Indonesia, Malaysia, and Singapore may have died prematurely last fall because of smoke haze from agricultural fires, according to a study by a Harvard University research team.

Fires started by Indonesian farmers, especially those working in palm oil and timber for wood pulp and paper, are mostly to blame, researchers said. “There is a lot of timber burning in those regions,” ThinkProgress reports. “Indonesia, which has a long history of slash and burn techniques to clear land for palm oil and wood pulp producers, is the sixth-largest emitter in the world,” and 63% of the country’s carbon footprint traces back to land use, including peat and forest fires.

In addition to damaging soil, crops, and wildlife, “PM 2.5 can also reach deep into the lungs and bloodstream of humans, causing a long list of ailments such as decreased lung function, heart attack, aggravated asthma, and premature death,” he explains.