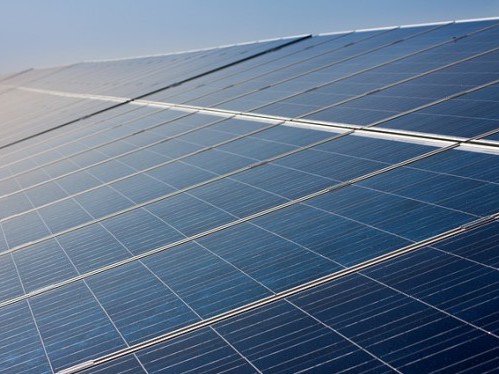 A large solar park in Abu Dhabi received a record-low offer earlier this week when JinkoSolar, the world’s biggest solar manufacturer, bid just US2.42¢ per kilowatt-hour to supply modules to the project.

A consortium believed to be led by Masdar Energy came in even lower, at 2.3¢/kWh, if project developers agree to purchase more than 1.1 gigawatts of generating capacity.

“The tender handsomely beats the previous record of US2.91¢/kWh set just last month in Chile, and previous sub-3¢/kWh markers set in Dubai in an earlier tender,” RenewEconomy reports. “It was only 18 months ago that Saudi Arabia-based ACWA Power stunned the solar world, and the broader energy industry, with a bid of less than 6¢/kWh in an Abu Dhabi tender.” The quote was met with skepticism at the time, but “that plant is being built—at even lower cost after it achieved cheaper than expected finance—and it has been bettered numerous times in the U.S., the Middle East, and South America.”

PV Magazine called the low bids “astonishing”, noting that the Abu Dhabi Electricity and Water Authority had asked for proposal to supply at least 350 MW of capacity. “Understanding that solar could be the cheapest option, ADWEA invited bids for a 350 MW [installation], but allowed bidders to increase the size of the development,” the site noted.

Former Masdar Clean Energy director Frank Wouters said the low bids reflected falling solar module costs and cheap financing. “There’s no reason why the cost of solar will ever increase again,” he told a local newspaper. “The low cost of capital plays an important role, and that will not remain so low forever. But on the other hand, we’re still learning how to further reduce the cost of solar cells and other components, as well as operation and maintenance cost.”

A year ago, Greentech Media reported that reduced “balance of system” (BOS) costs could drive solar prices down 40% between 2014 and 2020.

Tim Buckley, director of energy finance studies at the Sydney, Australia-based Institute for Energy Economics and Financial Analysis (IEEFA), said the trend is clear and the rate of change is accelerating.

“How can seaborne thermal coal compete with solar at $US24/MWh?” he asked RenewEconomy’s Giles Parkinson. “Wondering if grid parity in any particular region will hit in 2015 or 2025 is irrelevant when the alternative is building new, 40-year-life coal plants that take five years to commission, and then are only justifiable if you assume no carbon price, and no restrictions on water and air pollution, over the entire project life.”