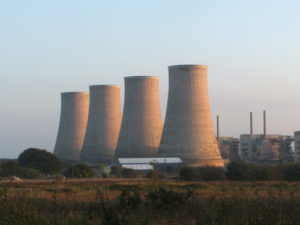 The UK government has approved construction of the controversial Hinkley C nuclear plant in a deal that includes a guaranteed, 35-year price of £92.50 for the project developer, Électricité de France (EDF).

“Following a comprehensive review of the Hinkley Point C project, and a revised agreement with EDF, the Government has decided to proceed with the first new nuclear power station for a generation,” states a release from the UK Department of Business, Energy and Industrial Strategy. “However, ministers will impose a new legal framework for future foreign investment in Britain’s critical infrastructure, which will include nuclear energy and apply after Hinkley.”

“Britain needs to upgrade its supplies of energy, and we have always been clear that nuclear is an important part of ensuring our future low-carbon energy security,” said Cabinet Secretary Greg Clark.

Last month, analysis by Bloomberg New Energy Finance showed that an equivalent investment in offshore wind could produce about as much electricity as the Hinkley plant—and offshore wind costs continue to fall. At that time, RBC Capital Markets was questioning “whether such large-scale generation is needed in a rapidly-changing and decentralizing electricity market where the costs of renewables and storage are coming down.”