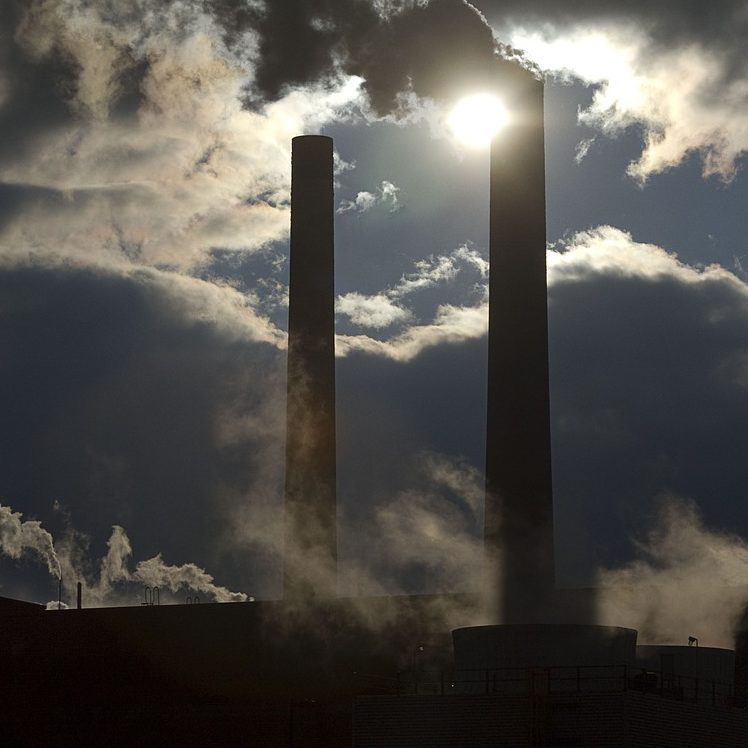 “We’re committed to having a price on carbon in the fall,” McKenna told host Evan Solomon, adding that the price would be in place before federal, provincial, and territorial first ministers meet this fall to finalize a pan-Canadian climate plan. She didn’t contradict Solomon when he said that meant a price announcement in October.

McKenna acknowledged the complexities in reconciling carbon pricing schemes already in place in four provinces, representing 80% of Canada’s population—two of them involving carbon taxes, the other two based on cap-and-trade systems. In the end, though, “every province needs to have a similar approach,” and “if the provincial governments don’t do that, we will provide a backstop.”

“You will impose a system?” Solomon asked.

“We need a price that will be effective,” she added. “Look, we all know that we need to meet our international targets.”

Asked whether a “backstop” would mean penalties for provinces like Saskatchewan, where Premier Brad Wall has staunchly opposed carbon pricing (despite the benefit to his own province’s economy), McKenna stated that “we would have a system that would be imposed, yes. But I’m not trying to do that. We’re trying to move forward in a way that we’re working with everyone.”

At a mid-September climate town hall in Hamilton, Ontario, a Liberal backbencher said the government would “take a wait and see approach on what happens at the provincial level when it comes to fighting climate change,” according to the Dundas Star News. “We don’t want to mandate the provinces,” said MP Filomena Tassi (L-Hamilton West-Ancaster-Dundas). “We would rather dialogue with the provinces and determine what is the best solution.”

Late last week, Canadian Press reported the federal government plans to ratify the Paris Agreement before first ministers finalize the pan-Canadian plan. “UN Secretary-General Ban Ki-moon has been lobbying countries to ratify the Paris agreement before the November 8 U.S. presidential election in hopes of locking in the accord’s provisions for at least four years,” wrote reporter Bruce Cheadle. “The timing of Trudeau’s meeting with premiers is in flux but it does not appear likely to take place” before COP 22 in Marrakech.

Greenpeace Canada’s Keith Stewart said he saw the value of an early decision, telling CP that “ratification by Canada will help build the global momentum for action on climate change.” But after that, “we need a plan to actually turn those lovely words into deeds. We don’t want to repeat the Kyoto Protocol experience,” where Canada announced a climate target but never met it.