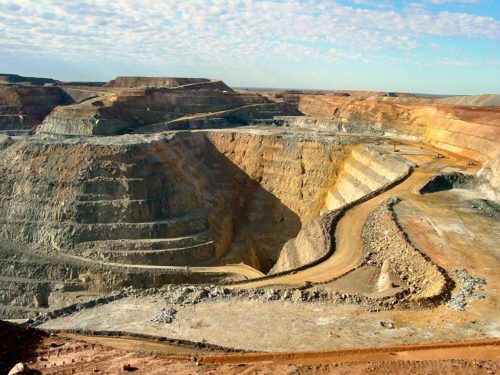 Two vast pits left over from more than a century of gold mining in northwestern Queensland, in Australia’s northeast, may present ideal topography for a hybrid solar/pumped hydro electricity generation and storage installation capable of powering 27,500 homes, The Guardian reports.

The last owner of the largest mines at Kidston closed its open-pit operation in 2001, leaving two vast, 300-metre-deep holes right next door to each other. Water has accumulated in their bottoms, with an average difference in elevation of 190 metres. Now Genex, a publicly listed Australian company led by the great-grandson of the early politician for whom Kidston is named, proposes to marry the hydro-storage potential of the two pits—repurposed as reservoirs—to a photovoltaic array to capture the area’s high-quality solar potential.

The 50-MW solar farm, now under construction, will be completed in 2017, at a cost of about US$100 million. Equipment for the pumped hydro storage, with a capacity of 300 MW, will follow, The Guardian reports. The Australian Broadcasting Corporation placed the cost of the entire project at US$438 million.

Although hundreds of pumped hydro systems have been built—three in Australia alone—most rely on the appropriate topography adjacent to a water body that is part of a setting’s hydrology: natural lakes or, as is the case with the other three in Australia, reservoirs on natural rivers. The Genex project will be the first large-scale, “off-river” solution.

“This means the same water cycles continuously through the two reservoirs in a closed loop, without being discharged,” writes The Guardian’s Myles Gough. “This minimizes environmental impacts.” The plan does come with a provision for topping up the reservoirs: an existing water licence and pipeline to a dammed river nearby.

Based on those advantages and the site’s existing transmission line, electrical substation, airstrip, and other infrastructure, Genex forecasts that energy storage at its facility will cost between one-quarter and one-fifth of other pumped storage systems.

Elsewhere in Australia, battery storage is being paired with solar generation and an innovative demand management scheme to address limited grid capacity in the Mornington Peninsula tourist area of Victoria state.