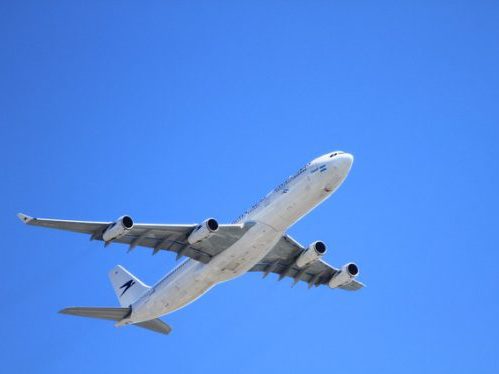 Air turbulence powerful enough to fling a jumbo jet around the sky like a paper plane has become twice as common as it was—and is forecast to become more frequent still as the climate continues to destabilize, The Guardian reports, citing Reading University research meteorologist Paul Williams.

“There has already been a steady rise in incidents of severe turbulence affecting flights over the past few decades,” Williams told the paper, with the rate of incidents doubling between 1982 and 2003. “Globally, turbulence causes dozens of fatalities a year on small private planes and hundreds of injuries to passengers in big jets. And as carbon dioxide levels in the atmosphere keep on rising, so will the numbers of incidents.”

The reason is that the warming atmosphere is accelerating some air currents in the altitudes where commercial jets fly, in relation to other layers of air. Where the currents’ boundaries meet, instability generates invisible “clear-air turbulence” that can throw a jet around with no warning.

“If the effect is severe, it will fling people out of their seats,” Williams said. “Turbulence of this severity is being encountered by planes thousands of times a year now.”

Infra-red sensors have been developed that can detect some clear-air turbulence, but so far remain more expensive than the anticipated damage from the turbulence they might enable aircraft to avoid, The Guardian adds.