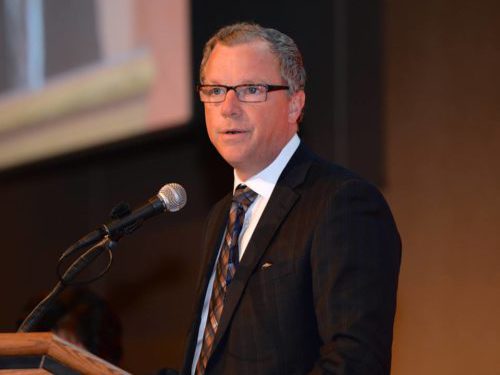 Saskatchewan Premier Brad Wall’s hostility to putting a price on climate-destabilizing carbon emissions could be nipping more than 4% from his own province’s economic prospects, according to an analysis by two Ontario groups advocating for a post-carbon Canadian economy.

Canadians for Clean Prosperity (CCP) and Deep Decarbonization Pathways Canada examined the economic impacts of two approaches to applying a national carbon price that took effect in 2018 at $30 per tonne, rising to $110 per tonne by 2030. One was a “pure carbon tax modelled after the system implemented in British Columbia in 2008.” The other approach was a “hybrid” of a broadly based but not universal carbon tax, and a permit cap-and-trade system for “emissions-intensive trade-exposed” (EITE) industrial emitters—as Alberta plans to implement.

Either approach, applied nationally, would “cost-effectively” cut Canada’s greenhouse gas emissions by 13% to 14% per cent below 2005 levels by 2030, the study concluded, “compared to the 5% reduction under current policies.”

“Applied at the national level with regional trading,” a hybrid tax-plus-cap-and-trade system could “help alleviate competitiveness concerns in the two western provinces, which have largely been assumed to be the most impacted by carbon pricing,” the report finds. In addition to improving Saskatchewan’s economy by 4.23% compared to its current policy trajectory, a hybrid carbon pricing approach would boost Alberta’s performance by 1.43%.

The Saskatchewan government appeared to write off climate science as “misguided dogma” earlier this year. And coincidentally, as the two Ontario groups released their report, Saskatchewan Energy and Resources Minister Dustin Duncan, speaking to the World Heavy Oil Congress in Calgary, reiterated his province’s opposition to any potential carbon tax.

“The bottom line,” Duncan said, “is to create the best, the very best, possible fiscal and operating environment for business while being mindful of environmental impact.”